Fans of Latin Pop, you’re in for a treat!! None other than the wonderful Ana Gabriel is on tour in 2017 coming to The Forum on Sunday 12th November to give fans the best night of their life! So what are you waiting for? Don't miss this exciting event! Tickets are on sale NOW – hit the “Buy Tickets,” button above to get yours!! 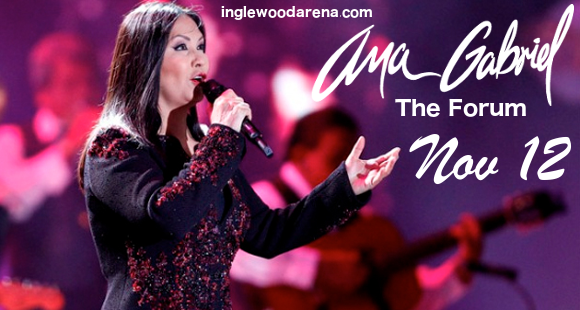 Showcasing her musical talents from an early age with her rendition of "Regalo A Dios" by José Alfredo Jiménez aged six, Ana Gabriel was destined for bigger things. After studying accounting, in 1977 she recorded her first song: “Compréndeme". From the release of her first album, “Tierra de Nadie”, she gradually gained popularity, getting her first number one hit in 1991 with "Cosas del Amor,” a duet with Vikki Carr. With a prolific output of an album every year, she became a force to be reckoned with on the Mexican music industry!!

Don’t miss out – get your Ana Gabriel tickets today, while they last!!