Arcade Fire is back, and they just announced an extensive North American tour shortly after dropping their latest album, We. The Grammy-Award-winning indie rockers set out on a 13-trek across the U.S. and Canada this fall. And, of course, this much-needed return of this monumental band will not be complete until they make a stop in Los Angeles! On Thursday, 17th November 2022, Arcade Fire will bring the house down at the Kia Forum! Arcade Fire is set to perform a healthy number of new songs, as well as their biggest hits and fan favorites! If you love indie music, you better hurry and catch Arcade Fire at the Kia Forum! 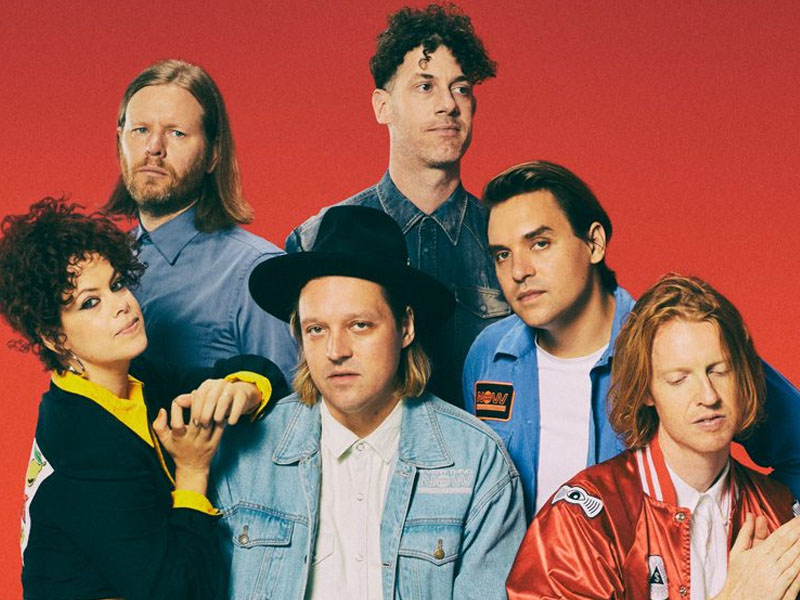 Canadian indie rock Arcade Fire recently made their fifth appearance on Saturday Night Live. The Mother’s Day special performance included two tracks from their recently released album, We. The band first performed “Unconditional I (Lookout Kid)” and “Lightning I, II.” The album, released on May 6, 2022, debuted at number 6 on the Billboard 200 chart and number 1 on the Top Rock Albums and Top Alternative Albums charts. Aside from the U.S., the album, We, also charted in 21 other countries, including Canada and the U.K. The 2022 studio effort was preceded by Arcade Fire’s streak of successful studio releases. Their 2010 album, The Suburbs, topped the Billboard 200 chart and earned multiple gold and platinum certifications in the U.S., Canada, the U.K., and Australia. The album also earned numerous accolades, including winning Album of the Year at the 2011 Grammy Awards and 2011 Juno Awards. Moreover, The Suburbs also won Best International Album at the 2011 Brit Awards.
The album’s remarkable chart performance and accolades were followed by two more number 1 albums, Reflektor in 2018 and Everything Now in 2017.

All of the band’s albums were supported by massive tours. Arcade Fire has completed seven world tours throughout their two-decade career, with the We Tour as their eighth. Their 2022 tour includes extensive dates in Europe. The band’s all-arena trek is one of the most exciting tours during the fall season. If you’re an Arcade Fire fan, you better grab your tickets now to their show at the Kia Forum before it’s too late!