The most popular name in Pop and R&B the sensational Ariana Grande is back on the road with a fresh new 'Sweetener World' tour for 2019 – 2020! As the chart topping queen heads out across North America, she has announced that her exclusive dates will include a performance at none other than The Forum on Saturday 21st December 2019! This Winter secure your tickets for one of the best shows around as Ariana Grande brings a selection of her biggest hits to the stage! You'd better be quick – Ariana Grande dates are always a sell out! 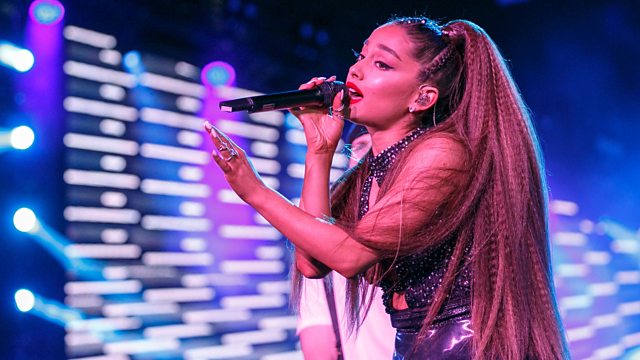 It's hard to imagine a world without Ariana Grande as she has become one of the most sensational stars on the popular music scene of recent years, with her outstanding vocal abilities she is often raved about for her range and style and compared to the greats such as: Mariah Carey and Whitney Houston.

Ariana Grande first came to light back in 2010-2013 when she appeared on the hit Nickelodeon TV series, Victorious, as her acting came to a close in 2013, Ariana Grande set off to pursue a career in music, where her talents and heart truly lied and dropped her debut album, Yours Truly. The album showcased her new found passion in the perfect way and she hit the charts with her single "This Way."

After her initial success, Ariana Grande continued to develop on her sound and brought to life her second album in 2014, My Everything included some of her biggest singles "Break Free" "Problem" "Love Me Harder" and more and she quickly became one of the must-listen to artists for that year. Although so far her music fitted solely into the Pop genre, Ariana Grande's voice is suited best in R&B and the sensational singer came back with her third record, Dangerous Woman in 2016, to show to the world just that. the Grammy nominated album caught the attention of music fans worldwide and pushed her into the charts once again, but this time globally, hitting the number one spot in the UK and the US.

Ariana Grande's success has been unstoppable from the get go, with Grammy Award wins for Best Pop Vocal Album, along with a Brit Award, two Billboard Music Awards, three American Music Awards and countless Guinness World Records – she has proven she has what it takes to remain at the top of her game and is no doubt going to remain there for many years to come!

As she returns to the stages across North America, Ariana is back on her Sweetener World Tour, to promote both Sweetener and Thank U, Next, which started earlier in the year in March. This December she will be gracing the stage at The Forum, as she performs an unforgettable showcase, you can grab the chance to be a part of it! Come and show your love for Ariana Grande!