As one of country's biggest stars Blake Shelton has taken over the charts throughout the years and as he has recently appeared on the hit TV competition The Voice as one of the judges, he has become even more loved around North America and the globe! Come and catch his groundbreaking performance of all of his best loved hits LIVE as he takes to The Forum stage on Saturday 7th March 2020! 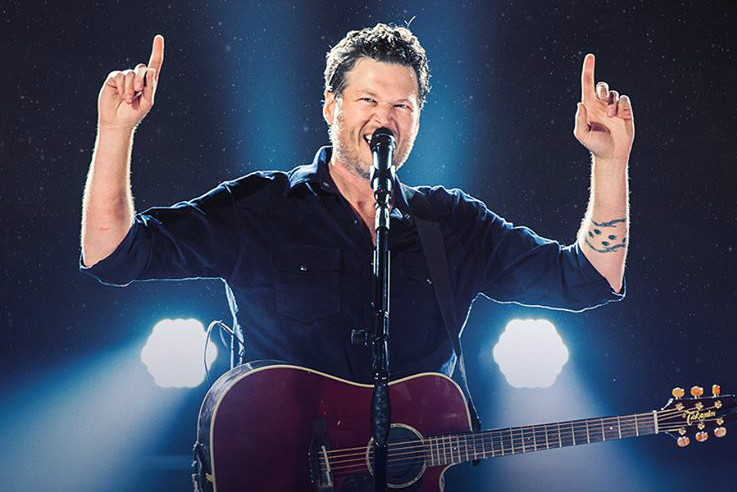 Blake Shelton has become one of the biggest stars in music as he has had enourmous success from his incredible albums and has been featured right in the spotlight on the hit TV show, The Voice, his fan base has continued to grow to a wider audience and has pushed him even further up to super star scale! This sensational artist is known best for his hit singles such as; God's Country, Hell Right, Ol' Red, Boys 'Round Here, God Gave Me You, Honey Bee, Austin, I Lived It and many more!

His global success has given him a platform to truly showcase what he's all about and fans just can't get enough of his live performances! As he travels the world on his extensive tours, Blake Shelton never fails to bring all of the positive energy to every stage and give the crowd the time of their lives!

With his amazing achievements such as gaining eight nominations for a Grammy Award, Blake Shelton has truly stayed at the top of his game ever since he first came to light! It's pretty clear to see that this talented singer, songwriter and guitarist truly loves what he does and encourages his fans to live their best life!

Come and show your love and support for Blake Shelton and his unstoppable music as he hits the road for 2020 and stops off at The Forum!