Calling all fans of heartland rock – we have an unmissable event coming up for you!! Celebrating over 50 years on the road, Robert Clark Seger is on tour once again with the phenomenal Silver Bullet Band, performing since the 70’s – and coming to The Forum on Saturday 4th November 2017!! Get ready to see the rock n’ roll legend live – get your Bob Seger and the Silver Bullet Band Tickets today!! Hurry though, they won’t last long!! 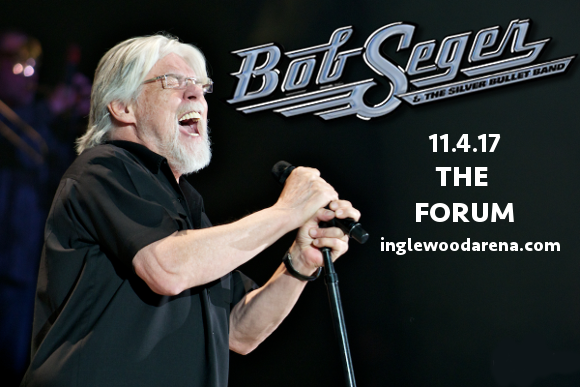 Known for his distinctive powerful raspy voice and massive stage presence, Bob Seger started out in Detroit as a local act in the 60s. With projects such as Bob Seger and the Last Heard and the Bob Seger System, he began to expand his repertoire and gain a bigger audience, forming the Silver Bullet Band in 1973. With the album “Live Bullet” three years later, he became popular across the whole of the United States!

From then on, Bob Seger was a household name, and saw one smash hit after another, including the much-loved classics "Ramblin' Gamblin' Man”, "Turn the Page", "Still the Same”, "Against the Wind”, and "We've Got Tonight”. His version of "Old Time Rock and Roll" was listed among the Songs of the Century in 2001!! In 2015, Bob Seger was named as a Legend of Live honoree by Billboard.

Amongst contemporary musicians, few have had an impact and lasting legacy quite like that of Bob Seger. Don’t miss your opportunity to see the living legend live – book your tickets today!!