Hot Damn! Exciting news as Bruno Mars hits the road for 2017 and will be heading to The Forum on Tuesday 7th November 2017!

Bruno Mars has brought Funk up to date with his Pop infusion and has become one of the biggest stars on the mainstream music scene! Mars sure knows how to bring the energy, make the crowd feel good and get on down with his world-wide hit singles such as "Marry You" "Grenade" "24K Magic" and of course the explosive "Uptown Funk!" – Tickets on sale NOW! 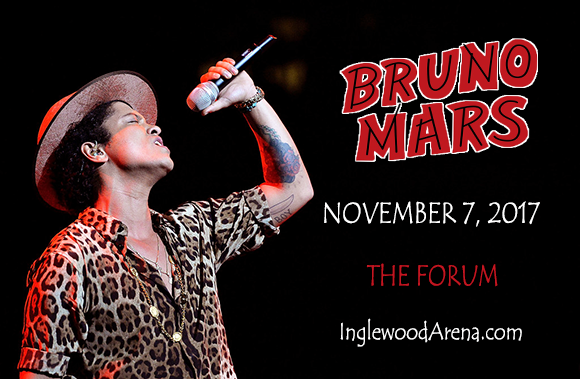 Since his first debut in 2010 with songs such as "Just The Way You Are," the talented Bruno Mars has been the word on everyone's lips. With his sensational music that holds so much pure entertainment and energy, seeing him live takes the whole experience to a new level!

"Mars is a showman extraordinaire. (No wonder; he's been performing onstage since he was a child, back when he was a pint-sized Elvis imitator.) The charismatic charmer held the crowd's attention with every sliding dance step, with everything vocal nuance, with every look to this or that side of the arena."