Previous touring buddies, 90s alt-rock stalwarts, and good friends Counting Crows & Matchbox Twenty will be embarking on a North American stint together this summer, called A Brief History of Everything Tour! Fans can prepare for a lot of fun and a lot of hits as these guys head to The Forum on Monday 31st July 2017! 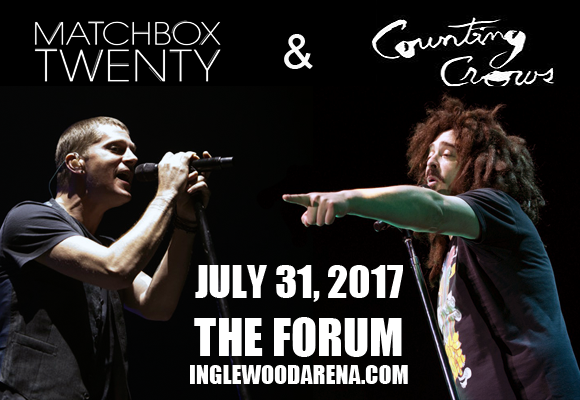 Formed in 1995 in Orlando, Florida, American alternative rock band Matchbox Twenty first came to public attention with their debut album Yourself Or Someone Like You (1996). The album was eventually certified Diamond by the RIAA (12x Platinum) in the United States, and multi-platinum in Australia, Canada and New Zealand. To date, they have released four albums, all of which have received Platinum-certification. In April 2016, lead guitarist and vocalist Kyle Cook announced that he was leaving the band, but has since re-joined and will embark with the band on A Brief History of Everything Tour with Counting Crows in 2017.