Platinum-selling hip hop king Drake is teaming up with rap trio Migos for the Aubrey and the Three Amigos Tour, coming The Forum on Wednesday 17th October 2018 for the second night in a double bill of co-headlining shows! Expect killer performances from these top-selling acts who are at the top of their game, having just released their red hot collaboration "Walk It Talk It"! 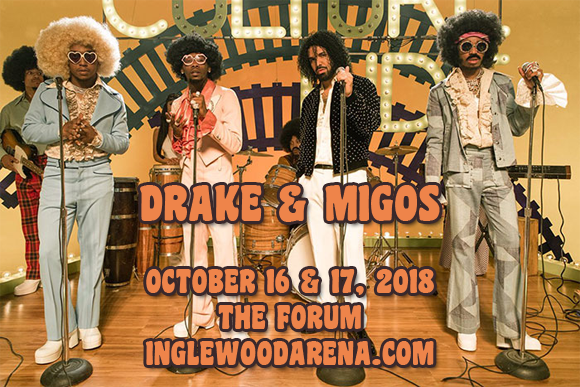