MASSIVE news!! Get ready for the headlining duo of the year: Enrique Iglesias and Pitbull are on tour and fans are freaking out!! With support from the amazing CNCO, they’ll be coming to The Forum on Friday 27th October 2017. Tickets will sell out FAST so don’t delay in getting yours – hit the “Buy Tickets,” button now!!! 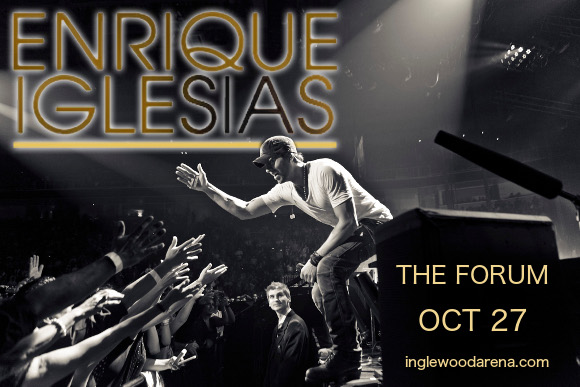 Enrique Inglesias (stage name of Enrique Miguel Iglesias Preysler) is one of the biggest names in Latin music – in fact, he’s known as the King of Latin Pop!! Starting his musical career in the 1994 on the label Fonovisa Records, he swiftly became one of the biggest names in Hispanic and Latin American Music in the US. By 2000, he had crossed over into the mainstream pop market and was releasing albums in both English and Spanish! With sales of 159 million records worldwide, he is one of the best-selling Spanish artists of all time.

Armando Christian Pérez, another massive Spanish heavy-hitter, better known by his stage name Pitbull, will be joining Iglesias on his co-headlining tour. He showed an exceptional talent for words at an early, age, with the ability to recite poetry by José Martí at the age of 3!! Establishing himself with a vocal performance on Lil Jon's album Kings of Crunk, he went on to release his debut full-length album, “M.I.A.M.I” in 2004. Following the success of “M.I.A.M.I” he went on to release one further top charting album after another!!
Don’t miss your chance to catch these superstars live – get your tickets to Enrique Iglesias and Pitbull TODAY!!