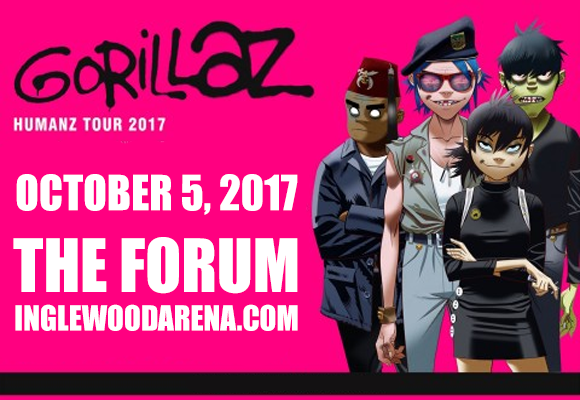 Formed by British singer-songwriter, multi-instrumentalist, record producer and Blur frontman Damon Albarn and Tank Girl comic book artist, designer, and director Jamie Hewlett in 1998, Gorillaz are a virtual band, consisting of four animated members. The band's line-up is as follows: 2-D (lead vocals, keyboards), Murdoc Niccals (bass guitar and vocals), Noodle (guitar, keyboards, and vocals) and Russel Hobbs (drums and percussion) – all members are fictional and do not reflect the “real life” personas of the musicians behind the project, with Damon Albarn remaining the only permanent musical contributor. Gorillaz, the band's 2001 debut album, sold over seven million copies and earned them an entry in the Guinness Book of World Records as the Most Successful Virtual Band. The band's second studio album Demon Days (2005) went five times platinum in the UK and double platinum in the US. The band has won one Grammy Award, two MTV Video Music Awards, an NME Award, three MTV Europe Music Awards, and have been nominated for nine Brit Awards, as well as the Mercury Prize, although the nomination was later withdrawn at the band's request.