There’s nothing better than seeing your favorite artist take to the live stage…. so if you love Alternative rock and folk music then this is the show for you! IHeartRadio ALTer Ego: Mumford and Sons, Cage The Elephant, Beck, Spoon, Walk The Moon & The National then be sure to head on down for Friday 19th January 2018! No doubt this will be yet another unforgettable performance at The Forum! 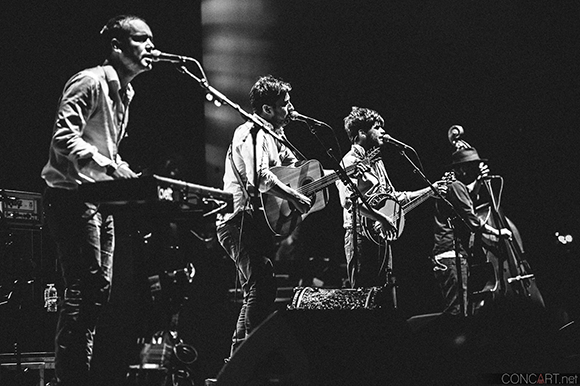 With three studio albums under their belts, Mumford & Sons have continuously smashed the charts and transformed their career from a local band to a stadium one. Their collection of records include; the number two hit, Sigh No More (2009), Babel (2012) and Wilder Mind (2015). With nothing but incredible positive reviews for each one, they were awarded for their sheer talent and fresh take on modern Folk, in 2011 they won the Brit Award for Best British Album and an impressive total of six Grammy Award nominations just that year alone!! And in 2012 and 2013 the same continued with the release of Babel, stepping the Grammy Award nominations up to a further total of eight – a triumph that doesn't happen every day!

And if all of this wasn't enough, Mumford and Sons have become the fastest-selling rock album of the decade!

After plenty of huge performances, including one at Red Rocks in 2012, they are back around North America and will be headlining the 2018 Alter Ego show at IHeartRadio's event this January! Don't miss out.. head to The Forum to catch it all LIVE!