The sensational Blues/Pop artist – John Mayer is coming LIVE to The Forum on Sunday 30th July 2017! This Summer you can catch the energetic performance as John Mayer takes to the stage to bring nothing but his wonderful hit songs. Experience all of your favorites and let him blow you away with his effortless riffs and electrifying solo's with his trio band… book your tickets today as they are bound to sell fast! 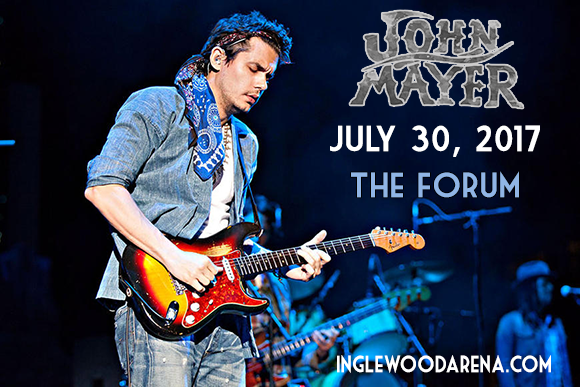 John Mayer is one of those rare artists that only comes around once in a blue moon.
His Grammy Award winning talent has been the talk of the town since he broke through onto the mainstream back in the early 2000's. As he has received a dedicated following around the world by fans, he is also recognized by other musicians and songwriters, particularly for his album, 'Continuum' which included tracks such as "Gravity" – one of his biggest songs to date.

Mayer combines a sultry blend of genres that appeals to the masses, his sound is very commercial but stays true to his influence that he has gained from others, Blues from the legendary B.B King and his Rock edge from the one and only, Eric Clapton.

If you love music, be sure to catch John as he hits a venue near you this coming Summer!