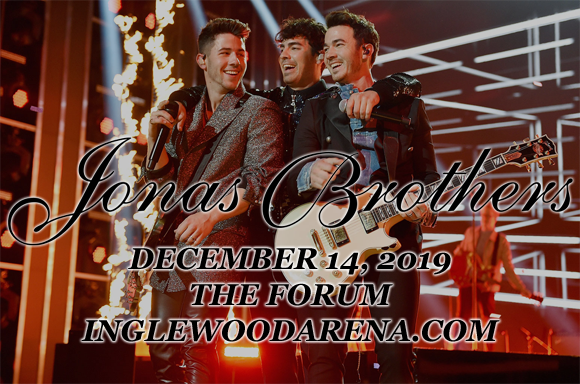 A sibling pop rock trio formed of Joe, Kevin and Nick Jonas, Jonas Brothers made their debut in 2006 with the release of their first album, It's About Time. They followed in 2007 with an eponymous LP that reached number 5 on the Billboard 200 in its first week and introduced them as a household name. Their popularity grew over the next few years with help from a partnership with Disney that saw the brothers starring in Camp Rock and its sequel Camp Rock 2: The Final Jam (2010), and they also provided songs for the soundtracks of both films. After releasing four studio albums, the band embarked upon a year-long hiatus from 2010 – 2011, but after reforming they officially disbanded in 2012. The group reunited in February 2019 and their fifth studio album, Happiness Begins, will be released later this year.