Juan Gabriel comes to The Forum on Friday 26th August 2016

In 2015, Juan Gabriel was one of the busiest touring Latin artists. But his labour was not in vain. This legendary Mexican singer/songwriter raked-in $31.8 million for 32 shows in the U.S. and Puerto Rico alone. Ergo, his was the highest-grossing Latin tour of 2015. And if you think this 66-year old veteran is due to rest luxuriously on his laurels, you're wrong! He is poised for an encore. He's at it again this year, which is said to be his most extensive tour with a bigger production execution. And again, fans will not be taking this news sitting down. They're on the run now for tickets. If you don't want to miss this, do the same. Get your tickets now! 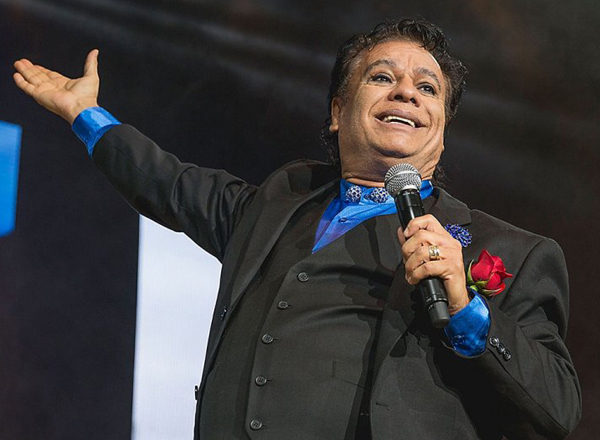 Juan Gabriel's concert clocks an average of 2 hours straight, non-stop, or even more. His eclectic and unpredictable repertoire, line-up, and adlibs can vary on every show, depending on how his emotions would carry him. Perhaps, this is Gabriel's ways of giving back, in return for the love, loyalty, and years of support that his fans have bestowed on him. At the age of 21, in the year 1971, Gabriel clinched a recording contract with RCA Records. After 15 albums and 20 million records sold, he made his acting debut in 1975. He is Mexico's leading commercial singer-songwriter who has records over 1000 songs in wide variety of music genre ranging from ballads, po, rock, disco, mariachi, as well as penning hits for other Latino singers like s José José, Luis Miguel, Rocío Dúrcal, Aida Cuevas, and a whole lot more. One of his albums –Recuerdos, Vol. II, collected sales of over eight million copies, making it the best-selling album of all time in Mexico. His best-selling and greatest fan-favorite hit is Querida ("My Dear").