MASSIVE news Justin Timberlake fans – the singer has confirmed a massive North American tour in 2018 with his hotly anticipated new album “Man Of The Woods”!! He’s coming to give fans the show of their life LIVE at The Forum on Saturday 28th April 2018 – whatever you do, DON’T miss it! Tickets selling out fast – hit the “Buy Tickets,” button above to grab yours now! 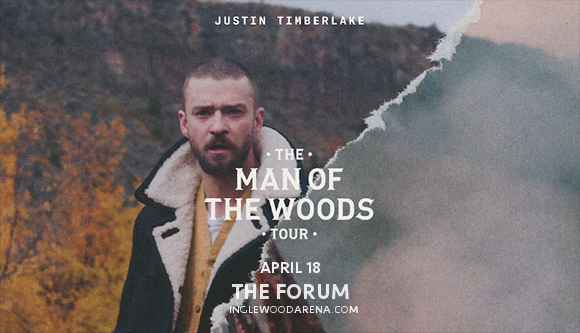 In January this year Timberlake started teasing fans by dropping hints about his new release, then sharing a trailer for the album followed by the first single, “Filthy”. With a definite country vibe to the album, “Man Of The Woods,” reflects some new musical directions from the singer. “I think the album has a wide range of sonics to it,” the singer mused, describing the sound of the brand new album. “But I guess I would describe it as modern Americana with 808s.”

Get ready to hear it all live – make sure you’ve got those tickets!!!