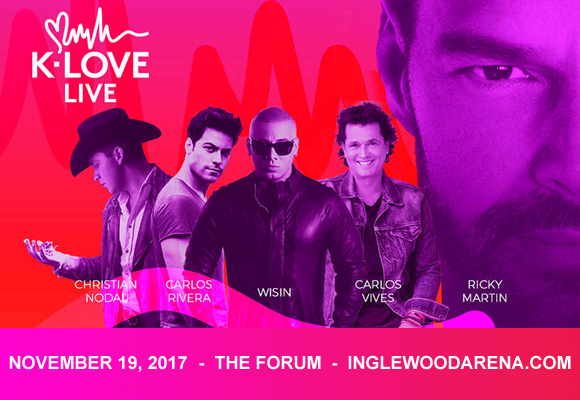 Puerto Rican singer, actor and author Ricky Martin began his career at the tender age of 12 as part of the all-boy pop group Menudo. After recording 11 albums with the Menudo, Martin left the band and pursued a solo career, releasing several Spanish-language solo albums throughout the 1990s. Martin's global success came in 1999 with the release of smash hit “Livin' Las Vida Loca,” has sold over 8 million copies, making it one of the best selling singles of all time, and is credited with bringing Latin pop to the English-speaking market. His English-language debut album, Ricky Martin, is one of the best-selling albums of all time, selling 22 million copies. Since then, Martin has released Me Amarás (1993), A Medio Vivir (1995), Vuelve (1998), Sound Loaded (2000), Almas del Silencio (2003), Life (2005), Música + Alma + Sexo (2011), and A Quien Quiera Escuchar (2015).