The hip hop tour de force that is Kanye West will be heading to The Forum on Wednesday 2nd November 2016 as part of his extended set of shows promoting his smash hit new album, Saint Pablo! The Grammy Award-winning superstar rapper will blow your mind with his energetic and powerful show, bringing out hits, fan favorites and some banging new tunes! Don't miss your chance to see this legend live! 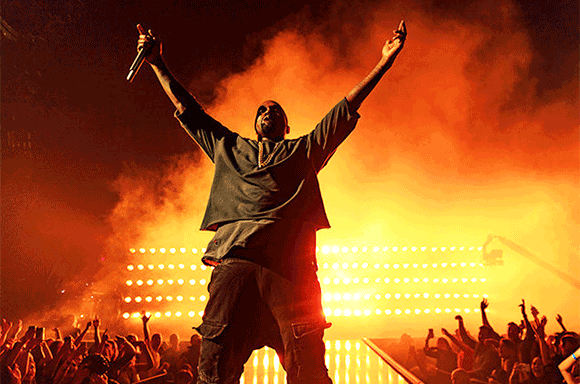 American rapper, songwriter, record producer, fashion designer, and entrepreneur Kanye West began his music career as a producer in the early 2000s, producing hits for artists such as Alicia Keys and Jay-Z through Roc-A-Fella Records. 2004 saw the release of his debut album, The College Dropout, which saw huge success, both commercially and critically, and lead to West becoming a household name. West has released seven studio albums to date, and is considered one of the best-selling artists of all time, with more than 32 million album sales and 100 million digital downloads worldwide. His 21 Grammy Awards make him one of the most awarded artists of all time and the artist with the most Grammy Awards to have debuted in the 21st century.