Australia’s 2021 best-selling album artist and three-time Grammy Award winner, Keith Urban comes to The Forum on Saturday, September 10th, 2022 for The Speed Of Now World Tour 2022 with very special guest, the incredible Ingrid Andress. “I guess the speed of now is always relative to each of us at any given time,” Keith Urban said about the album. “That's what music is, too. Like a book you love, the same words tell a slightly different story each time. I hope this album can do the same.” Grab your tickets now and come for your first live listen of this amazing album! 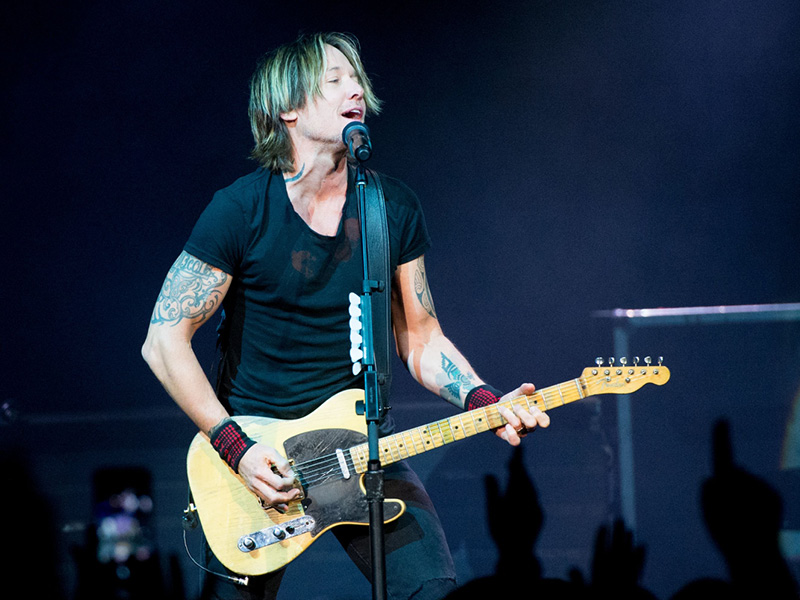 “NORTH AMERICA, we’re ready to get this thing out of my backyard and onto a REAL STAGE !!! THE SPEED OF NOW WORLD TOUR is coming to you in 2022! We’re bringing the incredible Ingrid Andress along for the ride, and it’s gonna be a blast. Every night is the first time we’ve played these songs for that audience, in that moment,” Keith said. “It’s why every show is different – spontaneous and unpredictable – even for us!” He adds, “After two years, we’re finally gonna get the chance to play some of the new songs we haven’t done live before. We’ll throw in a bunch of the songs that everyone comes to hear, a couple of which we’ll rework a bit, and it’s really gonna be tough to get us off the stage.”

American-Australian Country music singer and songwriter, Keith Lionel Urbahn, moved to the US in 1992, he has twelve studio albums, and has charted 37 singles on the Billboard Hot Country Songs chart, 18 of which went to number one. Keith has earned three Grammy Awards wins for “You'll Think of Me,” “Stupid Boy,” and “’Til Summer Comes Around.” His latest and twelfth studio album, The Speed of Now Part 1, released in September 2020, winning Highest Selling Album at the 2021 Queensland Music Awards as well as charting at number 1 on both the Australian Albums and Australian Country Albums charts, in this hemisphere it charted at number 1 on the Billboard Country Albums and number 27 on the Billboard 200 charts.