Following the massive success of her half-time show at the Superbowl, the inimitable Lady Gaga comes to The Forum on Wednesday 9th August 2017 for the second in a two-night-stand! Tearing up the stage with her incredible moves, Gaga will be putting on a larger-than-life show as part of her Joanne World Tour! Expect amazing vocals, unbelievable costumes, high energy performances and a night of entertainment that you will never forget! 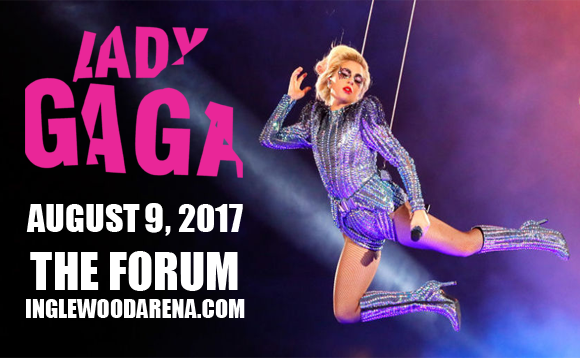 Lady Gaga is one of the world's best selling music artists, having sold an estimated 27 million albums and 146 million singles worldwide. The American singer, songwriter, actress and record producer was originally involved in musical theatre, but dropped out of theatre school to pursue a career in the music industry. In mid-2005, Gaga recorded a couple of songs with hip-hop singer Grandmaster Melle Mel, and went on to form the Stefani Germanotta Band (SGBand), before securing herself a record contract with Def Jam Recordings. After leaving Def Jam, Gaga worked as a songwriter for Sony/ATV Music Publishing, before being signed to Interscope Records in 2007. Gaga's debut album, The Fame, went to number one in Austria, Canada, Germany, Ireland, Switzerland and the UK and appeared in the top five in Australia, the US and 15 other countries, scoring her five successful singles and two Grammy Awards. To date, she has six Grammy Awards, three Brit Awards, a Golden Globe Award, thirteen MTV Video Music Awards, twelve Guinness World Records, and a Songwriters Hall of Fame's Contemporary Icon Award, which she was the first artist ever to win.