Ladies and gentlemen, get ready for none other than the reigning Pop Queen herself; LADY GAGA!! On her phenomenal “Joanne,” world tour, she'll be stopping by The Forum on Monday 18th December 2017 to blow your minds with a dazzling show full of incredible onstage props and scenery, spectacular choreography, stunning live vocals and of course, all the smash hits from “Jut Dance,” to “Applause”! 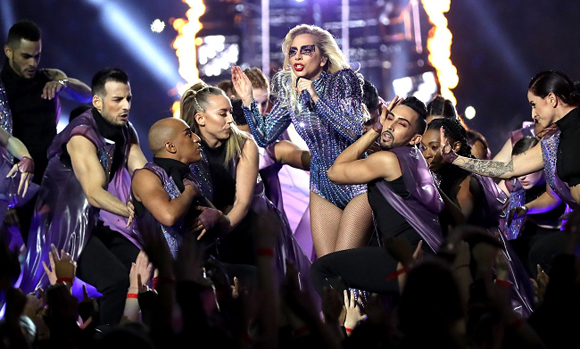 The global superstar needs no introduction. From her debut “The Fame,” in 2008, with the top charting singles “Just Dance,” and “Poker Face,” Gaga has gone on to release a series of top selling albums and singles to worldwide commercial and critical success. Over time, her style has evolved and expanded from the chart-pop sound of “The Fame,” becoming more aggressive with the industrial “Born This Way,” and out-there experimental with “Artpop” to the collaborative jazz album with Tony Bennett “Cheek to Cheek.”

Her most recent work, “Joanne,” is an introspective album. Thematically tender, focusing on issues of family and emotions, with the death of Joanne Stefani Germanotta, her father's sister, having an influnece on the songs, it features a stripped-back sound quite unlike Gaga's previous work, giving her voice room to really shine. The album became her fourth to reach number one in the U.S. And was released to positive critical acclaim, with Digital Spy commenting; "Joanne is clearly Gaga's most personal album, popping aside the synthetic personas for something more honest and, well, human… Lady Gaga's sheer musical brilliance still shines through.”

Live, Gaga will perform everything you know and love about her – from the raw solo vocal to the full-on powerful dance numbers she's become an icon for!! Don't miss out – get your tickets TODAY while they last!!