The 'big grrrl is back with new bangers! Lizzo just released her much-awaited new record, "Special", a follow-up to her massive 2019 breakthrough record "Cuz I Love You". The new album features her viral hit "About Damn Time". About the new album, Lizzo shares that she wanted the new record to be something "people can use as a soundtrack to survive". With a special new album out in the airwaves, Lizzo is bringing this big new era to life at The Special Tour, with a special guest – Latto, stopping by at The Kia Forum on Saturday, 19th of November 2022. Catch the 'big grrrl perform her biggest hits and fresh new bangers live on stage at The Special Tour by booking your tickets now! 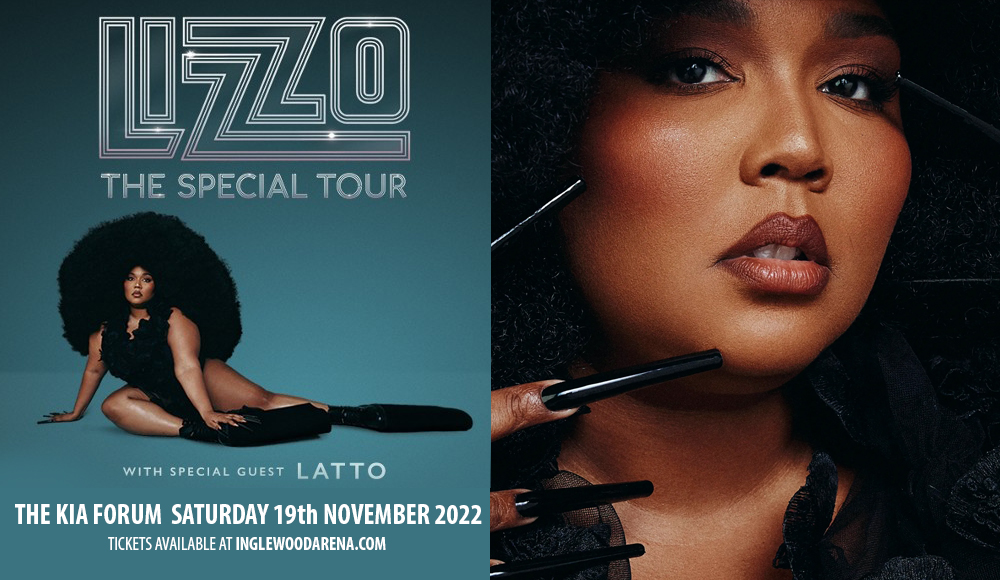 Finding out she's '100% that bitch' after her sleeper hit "Truth Hurts" skyrocketed to become an RIAA 7x Platinum hit in 2019, Lizzo dominated the airwaves, dropping a slew of hits for her genre-bending blend of Hip hop, funk-pop, R&B, and soul. Following up the success of her 2019 album "Cuz I Love You" which includes her biggest hits "Good as Hell" and "Truth Hurts", Lizzo's fourth studio record "Special" is finally out. The new album features her newest viral hit "About Damn Time".

"All of these incredible songs are giving people the language to express themselves and to have a release after everything they've experienced," Lizzo shared.

In another statement, Lizzo shared that the album is "one of the most musically badass, daring and sophisticated bodies of work I’ve done to date… I hope that it is some of the most useful pieces of music to ever exist. All I want to do is help people through my music."

In support of her big new record, Lizzo is embarking on a North American arena tour called "The Special Tour" with Latto opening every show.

The 'big grrrl also was recently featured in an ELLE cover story, wearing the iconic Balenciaga caution tape outfit worn by Kim Kardashian. In a behind-the-scenes video attempting to dance with the one-of-a-kind outfit, she wrote on Instagram "IM A RIDICULOUS HUMAN… JUST STREAM 'ABOUT DAMN TIME' AND DONT ASK ANY QUESTIONS,". She was attempting to do the viral TikTok dance to her newest hit song "About Damn Time".

"I don't want to be the token big girl for the fashion world," Lizzo shared as she discussed about inclusivity in fashion. "I want to open the door. I want this for everybody."

Known for her honest and raw lyrics and stances on inclusivity, diversity, and sexuality, Lizzo has always stood up for her values. In an interview with Vice during the time of her second album "Big Grrrl Small World", "You can wake up and change many things about your appearance, but the inevitability of waking up in your skin is what unifies us." shared Lizzo.

Lizzo has won three Grammy Awards which include awards for her album "Cuz I Love You", her hit single "Truth Hurts", and her song "Jerome".