Get ready for Logic!! That’s right, the 1-800-273-8255" rapper is on his way to Inglewood with NF & Kyle! The Bobby Tarantino Vs. The World Tour comes toThe Forum on Friday 20th July 2018 – whatever you do, donʼt miss out on your chance to be there! There are no service fees or shipping charges for tickets bought on this website – so what are you waiting for?? Get your tickets to Logic, NF and Kyle at The Forum NOW while they last!! 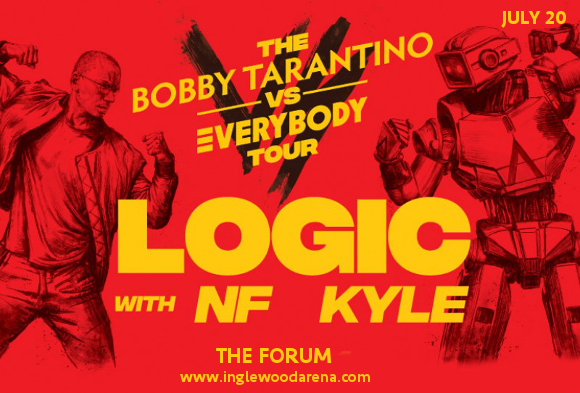 Be among the first to experience all the songs from Logic’s new mixtape – get your tickets today!!