The Forum will surely be filled with a lot of excitement your punk-rock heart may not be able to contain as three of the biggest names in the music industry will be on the same stage this Wednesday, 13th July 2022. Catch Machine Gun Kelly in Inglewood's famous venue, with Willow and Avril Lavigne, in the California stop of his "Mainstream Sellout Tour 2022." Yes, you heard it right! The poprock princess Avril and singer and actress Willow will be the guests at MGK's The Forum show. Perhaps the names of these two remarkable women need no reminding of how epic this concert would be. So make sure to secure your tickets today because you don't want to miss this lineup that will blow up your summer! See you at The Forum. 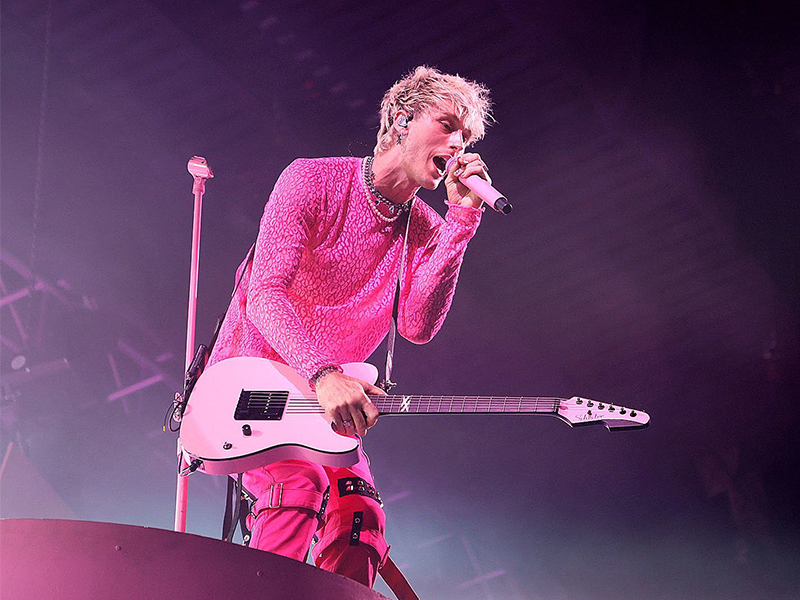 Born Colson Baker, Machine Gun Kelly is one of the fastest-rising artists in the music scene today. The American music artist and actor is well-known for his ability to combine rock music with hip hop and rap. He has released five albums since 2012 after signing with Bad Boy Records.

He released his debut studio album, "Lace Up," in 2012, which peaked at number four on the US Billboard 200 and contained his breakout single "Wild Boy," featuring Waka Flocka Flame. This was followed by another commercially-successful hip-hop "General Admission" in 2015. A follow-up album was released in 2017 entitled "Bloom," which featured the successful single with Camila Cabello entitled "Bad Things." The song peaked at number 4 on the Billboard Hot 100 and is still considered one of his massive hits. His fourth album, "Hotel Diablo," was released in 2019and featured some rap-rock songs.

In 2020, Machine Gun Kelly released his fifth album, "Tickets to My Downfall," which surprisingly departed from this hip-hop sound and propelled him to be seriously taken as a punk rock artist. The album debuted at number one on the Billboard 200, the only rock album to do so in 2020, and contained the single "My Ex's Best Friend," featuring Blackbear, which reached number 20 on the Hot 100.

Aside from recording and touring, he is also a promising actor. His first starring role was the romantic drama "Beyond the Lights" in 2014. He also appeared in the techno-thriller "Nerve" in 2016, the horror "Bird Box" in 2018, the comedy "Big Time Adolescence" in 2019, and portrayed "Tommy Lee" in the biopic "The Dirt" in the same year. He is also in the works on his directorial debut film "Morning with a U," which will be released later this year.

Indeed, this guy can do it all. And now, he will be touring across North America for the first leg of his "Mainstream Sellout Tour." This tour supports his new punk-rock album of the same name. He will feature other promising names in the industry. Avril Lavigne, 44phantom, Blackbear, Iann Dior, Pvris, Trippie Redd, and Willow Smith will make this tour extra exciting.

For his stop at Inglewood, Machine Gun Kelly will take Avril Lavigne and Willow with him. Thus, we can expect the best concert experience from MGK and these two incredible women! Can't wait to see them? So are we! But before you forget, make sure to order your tickets here! Click on the "Get Tickets" button to secure one for you and your friends.