Big news, Maluma fans!! The Columbian star has announced a new album “F.A.M.E,” and he’s taking it on a HUGE tour across North America – coming to The Forum on Wednesday 11th April 2018!! Get ready for a night of reggaeton you won’t forget in a hurry – tickets are in high demand and selling quick, so don’t delay in getting yours! 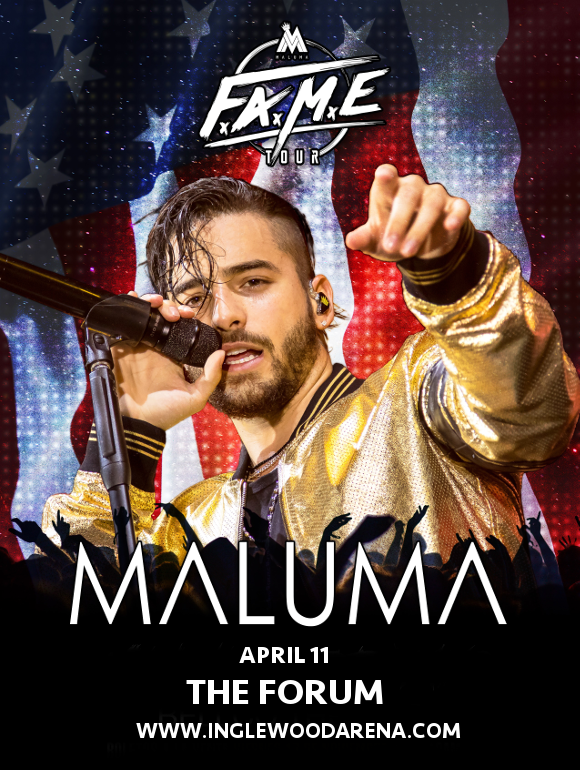 Rising to fame with his album "Magia," Juan Luis Londoño Arias, professionally known as Maluma, has had massive crossover appeal and earned fame across the world. "I couldn't be more excited to announce my return to the United States on tour, exactly one year after announcing my first-ever U.S. tour — and so much has happened since!” the star enthused in a press release. “The best part for U.S. fans is that I will be coming with an entirely brand new show.”

We can hardly wait – can you?? No?? Then hurry and grab those tickets!