The critically acclaimed Mexican rock band with seven certified Platinum awarded albums up on its sleeves, Maná, is back to perform live on stage at The Forum on Friday, June 24, 2022. Maná bags the title of the most successful Latin American band to exist, selling over 40 million albums around the globe. Their record "¿Dónde Jugarán Los Niños?" is the best-selling Spanish sung rock album of all time. Throughout decades, the band achieved fifty #1 hits with two Latin-Diamond albums "¿Dónde Jugarán Los Niños?" and "Sueños Líquidos". It's gonna be a night to remember as the legends behind the hit singles "Como Te Deseo", "Vivir Sin Aire", "Mariposa Traicionera", and many more over three decades of chart-topping hits after hit are back to perform live music renowned as the most influential Latin rock band to exist. So, book your tickets now! 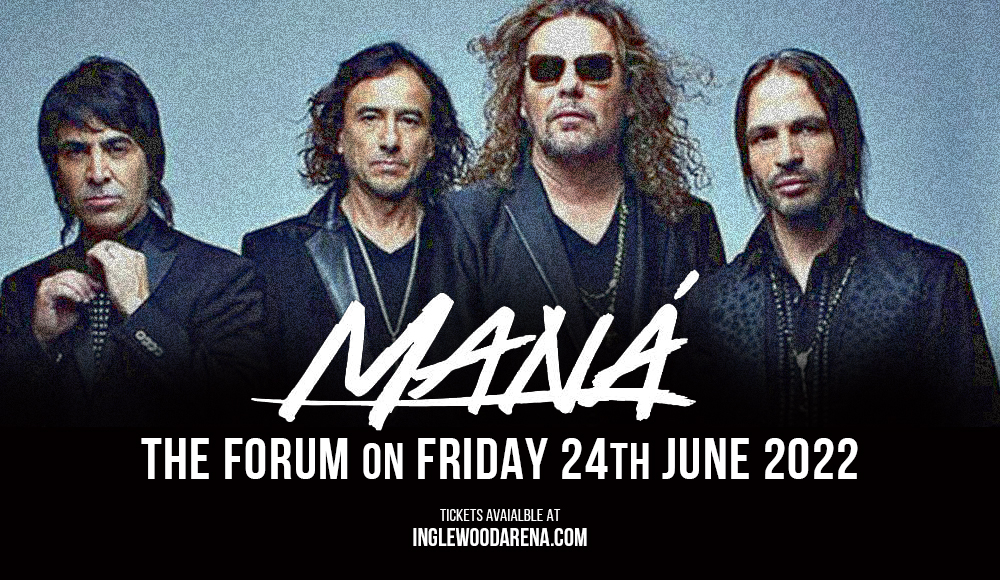 What came to be one of the best-selling Latin artists and most successful Latin-American band ever, Mana came to life in 1986. Their former label told the band "rock en español was just a fad" trying to convince them to shift their musical direction. They moved to Warner Music and released their 2nd album "Falta Amor" which features the hit single "Rayanado el Sol".

By 1992, they dropped their third album, "¿Dónde Jugarán Los Niños?" which propelled them to massive success with hit singles "Vivir Sin Aire", "De Pies a Cabeza", and "Oye Mi Amor". The album is now hailed as the best-selling Spanish-language rock album to date, awarded 12x Platinum.

Indeed, Maná has marked themselves as legends who took Latin American music and Spanish-sung tracks to the next level throughout decades of hits and timeless crowd-favorite tracks. "Get ready to see [us] like never before" the band says as they are set to perform a series of shows at The Forum. Book your tickets now!