Legendary nights led by the most successful Latin-American band, Mana, goes on! With a residency at The Forum, the band says “We aren’t playing anywhere else until people stop buying tickets,”. With an extended lineup of dates at their residency, Mana's back for yet another night at The Forum on Saturday, 17th of September 2022. Don't miss out on Mana's roster of their biggest hits and fan favorites performed live on stage as they mark history in this special residency. The legends' best hits that turned heads across the globe include "No Ha Parado De Llover", "Labios Compartidos", "Mariposa Traicionera", and many more. It's a legendary set of nights – led by the legends themselves, Mana. Save your seats now! 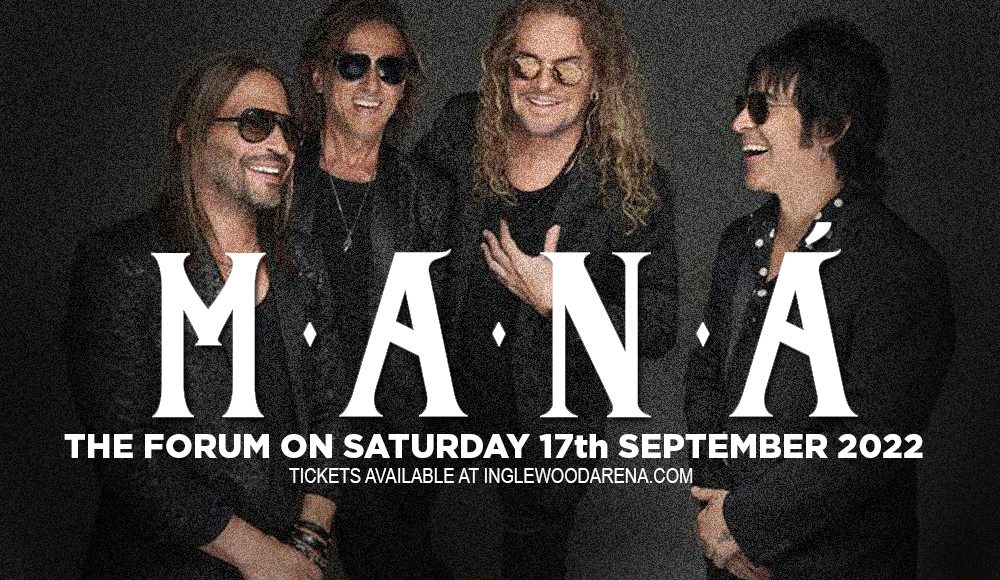 What would become the world's most successful Latin-American band, made its first waves in the music scene in 1987, upon the release of their self-titled debut record. Before they came to take over the world with the release of their second album, Mana switched to Warner Music after their former label told them that "rock en español was just a fad", trying to shift their band's direction.

Yet Mana persisted with making music true to their core – Spanish-sung tracks that would soon take the world by storm. From their first hit single "Rayando el Sol" off of their 2nd album, Mana soon found themselves rising to global commercial success with their third studio record, ¿Dónde Jugarán Los Niños?, selling over ten million copies, becoming the best selling Spanish-language rock album of all time.

The band spawned a roster of hit singles throughout their career such as "Oye Mi Amor", "Ángel de Amor", "Labios Compartidos", "Manda Una Señal", "Mariposa Traicionera", and many more.

Marking history in the Latin-American music scene, Mana is set to mark history at The Forum in their non-stop residency until fans stop buying tickets! “We aren’t playing anywhere else until people stop buying tickets,” said Fher Olvera. “Los Angeles has been like our second home,”.

Don't miss out on a legendary series of shows led by the one and only Mana at The Forum. Book your tickets now!