Mana comes to The Forum on Sunday 25th September 2016

For a band who is often touted as the "U2 of Spanish rock," Mana is definitely a force to reckon with. Fans who have been raving about this band are unanimous in saying that they bring a manic, magnetic, and magnificent presence on stage. Whether you're in the front row or way up the farthest seats in the house, Mana still exude zealous passion and infectious energy in their performances. With the endearing effect they bring on to the audience, it would come as no surprise for fans to lock-in their tickets. Do exactly just that. Get those tickets as fast as you can! 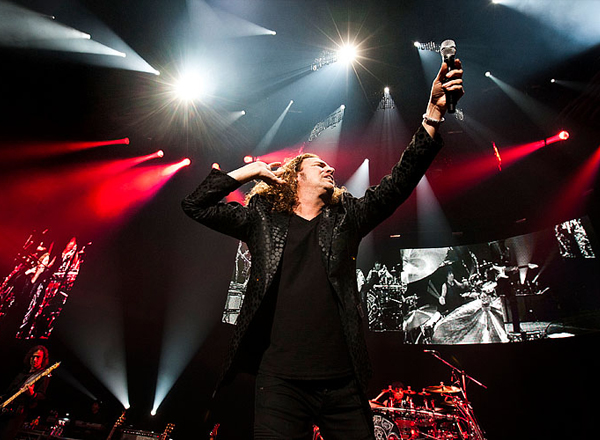 Mana is said to be Latin's answer to the power rock band U2. Currently, the band is composed of vocalist/guitarist Fher Olvera, drummer Alex "El Animal" González, guitarist Sergio Vallín, and bassist Juan Calleros. They have an impressive resume, listing their biggest and most notable achievements which include: four Grammy Awards, eight Latin Grammy Awards, five MTV Video Music Awards Latin America, six Premios Juventud awards, nineteen Billboard Latin Music Awards and fifteen Premios Lo Nuestro awards. And as if these were not enough, they have sold over 40 million albums worldwide. They're undoubtedly Latin America's most influential band of all time.