Mexican Latin rockstars Mana are returning to The Kia Forum this October 22 for the second night of their “La Residencia En Los Angeles Tour.” The rockstars, who are known for hits such as “En El Muelle De San Blás,” “Clavado En Un Bar,” and “Oye Mi Amor,” among many others, will entertain their fans on this exhilarating evening of intense rock and roll. If you missed booking tickets for the first night of the Grammy award-winning band in Inglewood, California, this is your chance to book your tickets. Let the rock songs of Mana, embellished with some ska and reggae tunes, kindle your dull Saturday night. Grab your tickets now by hitting the “Get Tickets” button. 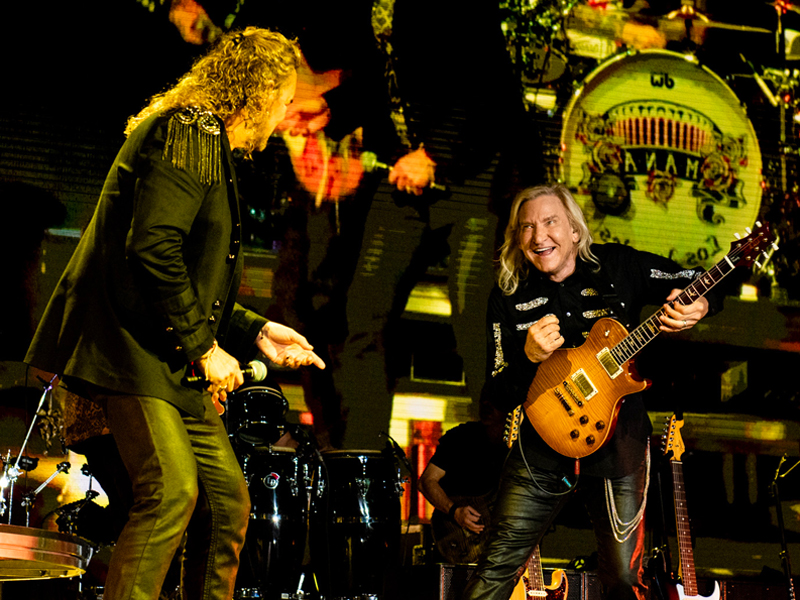 As one of South America’s iconic rock bands, Mana has sold over 40 million records since they began in the early 80s. The band, which is currently composed of Fher Olvera, Alex González, Sergio Vallín, and Juan Calleros, has been widely considered one of the most loved Latin rock bands the world has ever seen. Thanks to their brand of pop-rock music that shows influences from other genres like ska and reggae, they were able to penetrate the Latin music scene victoriously. Since the 80s, the band has been selling records like hotcakes. They were known for their countless hit songs, which earned them different accolades in different award-giving bodies. The band holds 4 Grammy awards, 9 Latin Grammy Awards, and over 20 Billboard Latin Music Awards, including the highly-prestigious Icon Award and countless other awards.

Undoubtedly, the band is on top of their game, and they clearly won’t slow down any time soon. The band will be hitting the road for their 2022 tour dubbed “La Residencia: Los Angeles.” Being in the industry for three decades, the band has toured throughout North and South America. In addition, the band’s fanbase is now composed of multigenerational fans who love both old and new songs from Mana. Thus, you can expect a crowd composed of these multigenerational fans on October 22 at The Kia Forum. If you want to experience the rock music authority of the Grammy award-winning band, you should get tickets for their show as early as today. Click the “Get Tickets” button to place your ticket orders safely.