This April, the much-awaited R&B showdown Legacy 2023 Tour featuring the iconic New Edition is coming to Los Angeles! The multi-platinum-selling supergroup just wrapped up their sold-out The Culture Tour last year. In 2023, the boys are back on the road, taking over major venues in North America! On Saturday, 8th April 2023, New Edition, along with special guests singer-songwriter Keith Sweat and R&B group Guy, will be lighting up The Kia Forum! The show is anticipated to deliver all of New Edition’s massive hits, including “Mr. Telephone Man,” “Can You Stand The Rain,” “If It Isn’t Love,” and many more! So hurry and score tickets now while they are still available! 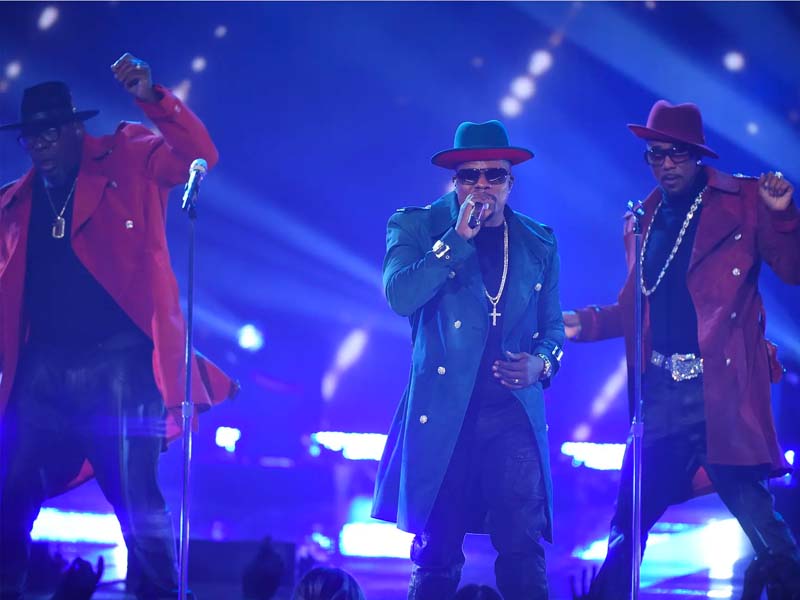 Grammy-nominated R&B group New Edition was created by singer-songwriter and producer Bobby Brown. After being inspired by the success of Jackson 5, Brown wanted to bring a five-member group's energy and vocal prowess to the ‘80s. New Edition emerged in 1978 and became the “blueprint” of what modern music now refers to as boy bands. The original line-up comprised Brown, Ricky Bell, Michael Bivins, Ronnie DeVoe, and Ralph Tresvant. In 1987. The group was joined by singer Johnny Gill.

The group rose to prominence in the ‘80s, released seven successful studio albums, and sold over 20 million copies worldwide. In 1983, New Edition released its successful debut album, Candy Girl. The highly-acclaimed effort entered Billboard’s R&B chart, peaking at number 14. The stellar debut single, “Candy Girl,” topped the Hot R&B/Hip-hop Songs and entered the charts in eight other countries. New Edition dropped several subsequent releases, three of which earned double platinum status in the U.S. In 1996, the group released their sixth studio album, Home Again, which spawned two gold-selling singles, “Hit Me Off” and “I’m Still In Love With You.” In 2017, New Edition achieved their most prestigious accolade when they were inducted into the Hollywood Walk of Fame. The following year, they also received a Lifetime Achievement Award from BET Awards.

Singer-songwriter Keith Sweat joins the highly-anticipated Legacy Tour. The new jack swing pioneer has released several beloved hits, including “I Want Her,” “I’ll Give All My Love To You,” “Make It Last Forever,” and many more. He has released 13 full studio albums, six of which earned platinum and multi-platinum certifications in the U.S.

Lastly, R&B and hip-hop group Guy, comprising three original members Teddy Riley, Aaron Hall, and Damion Hall, completes the line-up in New Edition’s tour. Their claim to fame was made through their self-titled debut album, which topped the R&B charts and earned double platinum status in the U.S.

See these phenomenal performers at the Kia Forum this Saturday, 8th April 2023! Secure your tickets now!