EVENT POSTPONED (date TBA). Hold on to your tickets! They will be valid for the new date once announced.

You will surely enjoy singing and dancing to Ozuna's "Taki Taki," "Imaginando," and "El Farsante" this fall as the "New King of Reggaeton" performs these hits at The Kia Forum on November 23. The reggaeton star's stop at the famous Inglewood venue is part of his "Ozutochi US Tour," a series of shows that aims to promote his highly-anticipated album of the same name. The Puerto Rican artist is expected to bring some flair and dancehall rhythm to his performances for all spectators to experience. If you want to have a good time this Wednesday night, grab a ticket for Ozuna's show. Let the "approachable sweetness" of the "el negrito de los ojos claros" ("the black guy with light eyes") mesmerize you into partying the night away. Click the "Get Tickets" button now to secure your tickets. 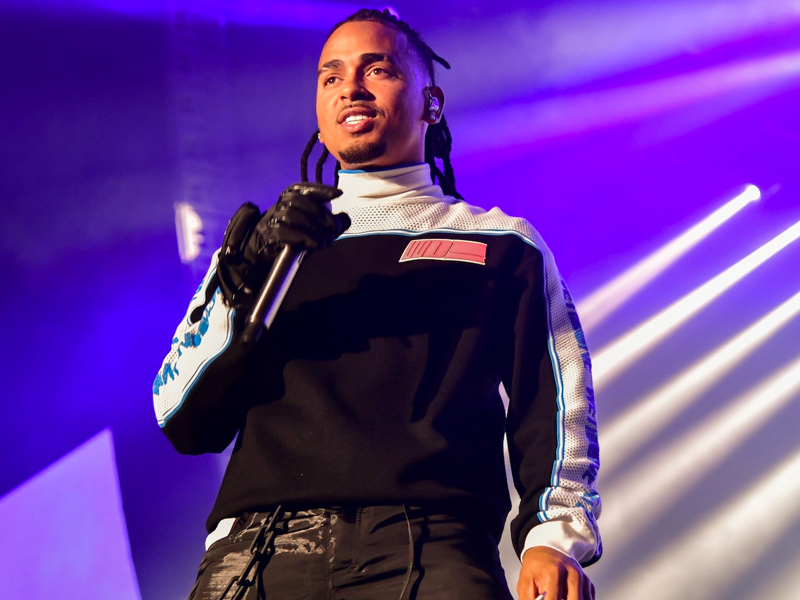 To promote his latest album Ozutochi, the rapper and reggaeton star Ozuna will be hitting the road this fall for a series of shows. This is a piece of good news for fans of the Puerto Rican star after his "Nibiru" World Tour was canceled in 2020 due to the pandemic. Named after the album, the tour will kick off in September at Brooklyn's Barclays Center and wrap up with a Miami show in December. Ozuna will be stopping at Oregon's The Kia Forum this November 23.

The Latin Grammy award-winning is best known for his massive hit "Taki Taki," his collaboration with DJ Snake, Cardi B, and Selena Gomez that dominated the airwaves in 2018. It was certified quadruple platinum and had topped the charts across many territories. Prior to that hit, the rapper has enjoyed a significant following in his home country, Puerto Rico. Dubbed "el negrito de los ojos claros" ("the black guy with light eyes"), Ozuna released his debut "Odisea" in 2017. The album achieved platinum in the US and Italy. It was also certified gold in Spain. In addition, the album earned him the Top Latin Album in the Billboard Music Awards. In 2018, his second album, "Aura," was as successful, with Rolling Stone writer Elias Leight calling it "a step beyond the reggaeton and trap that Ozuna is known for." He released his third and fourth albums, "Nibiru," and "ENOC," in 2019 and 2020, respectively. Although the two albums did not top the success of the first two records, Ozuna still managed to reach the charts in various countries, even going to the #1 spot on Billboard's US Top Latin Albums and Latin Rhythm Albums.

The same success is expected from his newest album, "Ozutochi." Thus, his tour is unsurprisingly anticipated by fans. Catch him and his incredible performances this November 23 at The Kia Forum. If you haven't ordered your tickets yet, click the "Get Tickets" button to reserve yours as early as today.