Latin urban sensation Ozuna comes to The Forum on Friday 24th November 2017! The “Tu Foto” singer, who is the only act to have 12 songs at the same time on the Hot Latin Songs chart, just hit the top spot on the Top Latin Albums chart with his smash hit album Odisea! Don't miss your chance to check him out in action as he performs tracks from his hot new record live! 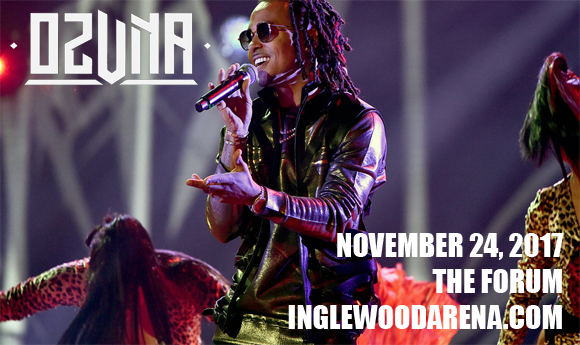 Known for his smash hits "Si No Te Quiere", "No Quiere Enamorarse", "Te Vas", "Dile Que Tu Me Quieres", "En La Intimidad", "Tu Foto", "El Farsante" and "Se Preparó", and for bringing Latin trap and reggaeton to a wider audience, Puerto Rican & Dominican artist Ozuna made his debut in 2012 with the song "Imaginando". Ozuna has released a wealth of singles since his debut, and has amassed a large online following, with 10 of his songs hitting over 100 million views on YouTube. His hotly anticipated debut album, Odisea, was released in 2017.