Vaudevillian pop punkers Panic! At The Disco are on the road again, promoting their most recent album on the aptly named Death of a Bachelor Tour! With support from indie pop heroes Misterwives & dreamy prog-poppers Saint Motel, Brendon will be wowing the crowd at The Forum on Tuesday 28th March 2017! 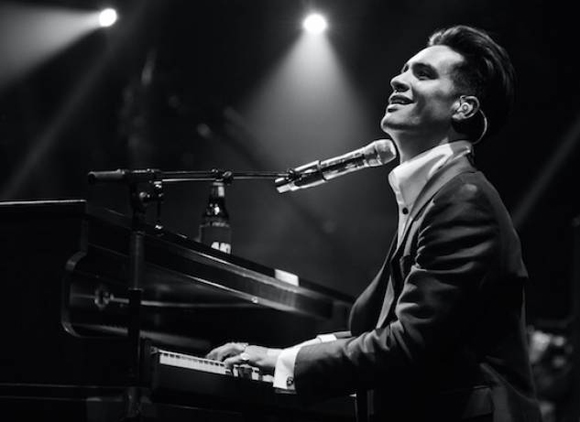 Childhood friends Ryan Ross, Spencer Smith, Brent Wilson and Brendon Urie formed Panic! At The Disco in Las Vegas, Nevada in 2004, when they were at high school together. After a stint as a Blink 182 covers band, the boys dropped out of school so they could concentrate on writing original material. Pete Wentz, Fall Out Boy's bassist, immediately signed the band (who had yet to perform a live show at this point) to his Fueled by Ramen imprint label Decaydance Records, after they sent him a demo. The band relocated to College Park, Maryland to record their debut album,, A Fever You Can't Sweat Out, which was eventually certified double platinum in the US. The band changed trajectory with their second album, Pretty. Odd., leading, ultimately, to the departure of guitarist and principal songwriter Ryan Ross and bassist Jon Walker. 2015 saw the departure of founding member and bassist Spencer Smith which left Brendon Urie as the only member of the official lineup. To date,Panic! At The Disco has released five studio albums. Their most recent LP, Death of a Bachelor, was released worldwide on January 15, 2016.