Panic! At The Disco Tickets

You can't simply Shut Up and Go to Bed on the evening of October 19 because one of the most anticipated concert tours in the pop-rock music scene will stop at the Kia Forum on that date. Brendon Urie, together with his touring band, will give his Inglewood, California fans a night they will never forget. Join thousands of other Panic! at the Disco fans shouting "Viva Las Vengeance!" and singing along to the band's greatest hits and new songs from their latest album. Buy yourself some tickets, indulge in a bit of panic this "vengeful" Wednesday night, and experience the one and only Panic! at the Disco. Click the "Get Tickets" button to secure the best seats in the venue. 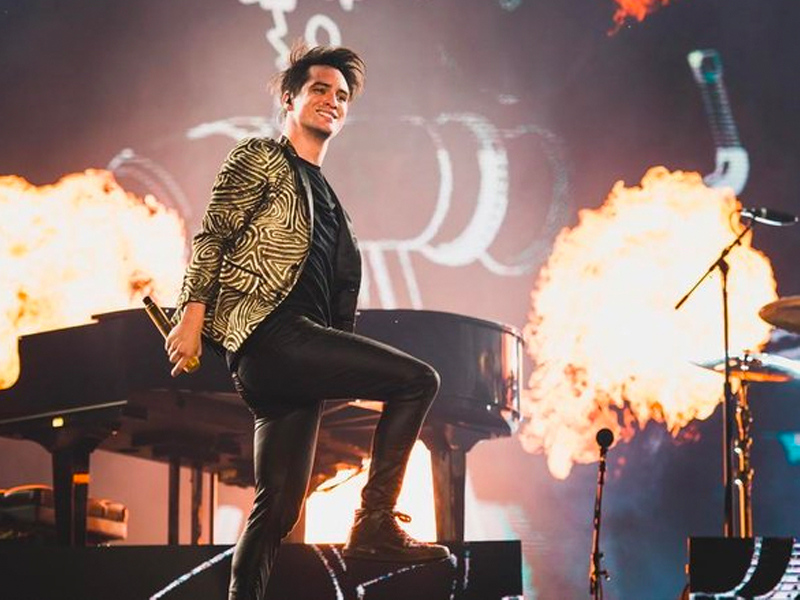 Panic! at the Disco is undoubtedly one of the biggest bands to emerge out of the emo movement of the mid-2000s. The debut album's hit single "I Write Sins Not Tragedies" became the band's ticket to stardom. With the popularity of other emo/pop-rock bands like Fall Out Boy, P!ATD cemented its place in mainstream music with its unmistakable, charismatic, and cross-pollinated brand of pop music. The childhood friends Brendon Urie, Ryan Ross, Spencer Smith, and Brent Wilson enjoyed their success as a band. Aside from opening for the likes of Fall Out Boy and Blink 182, the Brendon Urie-led band went on to headline tours of their own.

With a constant cycle of members, P!ATD produced three more albums before Brendon Urie took the band's direction as a solo project. "Pretty. Odd." (2008), "Vices & Virtues" (2011), and "Too Weird to Live, "Too Rare to Die!" cemented the band's status as one of the most sought-after groups. They also toured worldwide to support these albums, reaching Europe and Southeast Asia. In 2016, Urie released "Death of a Bachelor" as a solo venture. P!ATD's popularity remained with his sole creative direction, and the album debuted at number one on the US Billboard 200 and was nominated for "Best Rock Album" at the Grammy's. It was also certified by the RIAA as double platinum for selling at least 2 million copies. The record was followed by the certified platinum "Pray for the Wicked" in 2018. Like the album preceding it, "Pray for the Wicked" topped the charts in several territories. Altogether, P!ATD's six studio albums have sold over five million copies worldwide. And this figure will surely blow up as the band's seventh album will be released soon.

Dubbed "Viva Las Vengeance," the newest project of Urie will be released this August. A tour slated as a support for the album will kick off its North American leg at Austin, Texas's Moody Center on September 8. The band will swing through Inglewood, California, on October 19 with a one-night concert at The Kia Forum. Special guests, Welsh singer-songwriter MARINA and pop musician Jake Wesley Rogers, will also be part of the concert. Tickets for the show are available now. Hit the "Get Tickets" button to reserve your tickets.