Hey, Rockstars and Psychos, you are in for a treat this Saturday, November 10, as one of the slickest rappers takes center stage at The Kia Center for a concert event that will make you go round in Circles! Catch the one and only Post Malone in the Inglewood, California stop of his highly-anticipated "Twelve Carat Tour." With the rising rapper-singer Roddy Ricch, Malone will be performing in front of his over 17,000 fans in the famous California venue. Put your hands in the air as the Grammy-nominated rapper performs his greatest hits, such as "Rockstar," "Circles," and "Twelve Carat Toothache," among many others. Mark your calendars now and book your tickets because you wouldn't want to miss this concert from the ground-breaking artist. 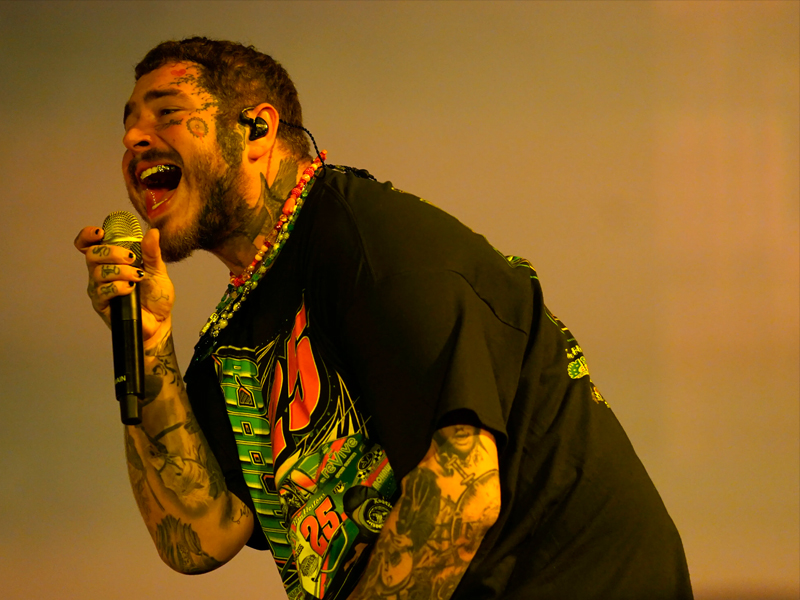 Post Malone is one of the biggest rappers of the 2010s. He is known for his works that are mixtures of hip hop, pop, rap, and rock. He is characterized as versatile, with his songs described as a "melting pot of the country, grunge, and hip hop." With an eclectic mix of sound inspirations, he himself has called his music "genre-less."

Post Malone's debut single, "White Iverson," released in 2015, was an immediate success. That same year he signed with one of today's most prominent labels, Republic Records, which has a roster that includes Ariana Grande, Drake, and Taylor Swift. The breakout rapper went on to perform with big names in the rap scene, such as 50 Cent, Young Thug, and Kanye West. He also struck a friendship with Justin Bieber. Then, from 2016 up to 2017, he became the opening act for the superstar's Purpose World Tour. "Congratulations," "Better Now," "Circles," the Spider-Man: Into the Spider-Verse song "Sunflower," and "Rockstar" are some of his biggest hits with billions of streams. He has only four albums released, but he already has a long list of awards and nominations. He has won three American Music Awards, ten Billboard Music Awards, and nine Grammy nominations. With five albums in his discography, he is expected to breach new heights in the coming years.

After the release of Post Malone's fifth album, "Twelve Carat Toothache," in June, the rapper is headlining the "Twelve Carat Tour." The tour's opener will be rising rapper Roddy Ricchi. In 2019, he accompanied Post Malone on the European leg of the Beerbongs & Bentleys Tour. If you are one of those that dreamed of a party time with these rappers, join them at the Kia Forum in Los Angeles, California, on Thursday, November 10. Get your tickets now to see Post Malone live!