Prophets of Rage are coming to The Forum on Thursday 15th September 2016! Yes you heard that right, Prophets of Rage are hitting the road straight away with their infusion of sound from some of the biggest bands in music. This Hiphop/Rock supergroup is one of the most powerful to walk the earth… If you're a fan of any kind then be sure that you don't miss out on this insane show! 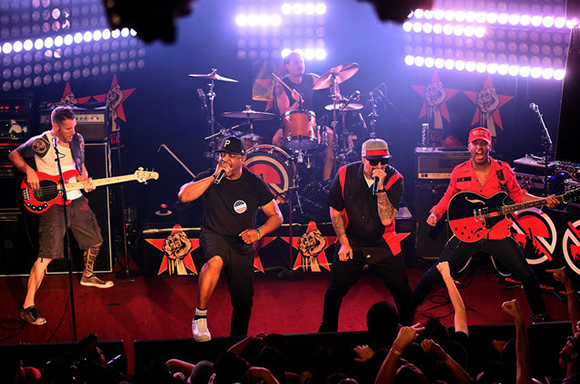 Prophets of Rage are the groundbreaking and brand new American supergroup, formed by Rage Against the Machine's bassist and backing vocalist Tim Commerford, guitarist Tom Morello, and drummer Brad Wilk, with Public Enemy's Chuck D and Cypress Hill's B Real! Their fitting band name is a title from the Public Enemy song "Prophets of Rage" from their 1988 album It Takes a Nation of Millions to Hold Us Back!