Let loose and go moshing at the Forum on Tuesday, 19th July 2022 as punk giants Rise Against take the stage with their special guest, The Used and Senses Fail! Get ready for this much-anticipated punk show, which is part of Rise Against’s Nowhere Generation Tour. The band is currently promoting their latest album, Nowhere Generation, released in June 2021. The album was highly acclaimed by critics and peaked at number 4 on the US Billboard Top Rock Albums chart. Meanwhile, multi-platinum achievers, The Used is set to support Rise Against on this tour with songs from their latest album, Heartwork, and biggest hits, including “The Bird and the Worm” and “Blue and Yellow.” Lastly, Senses Fail joins the two legendary punk bands with their brand of post-hardcore music. Witness these fantastic bands perform live at the Forum by scoring your tickets now! 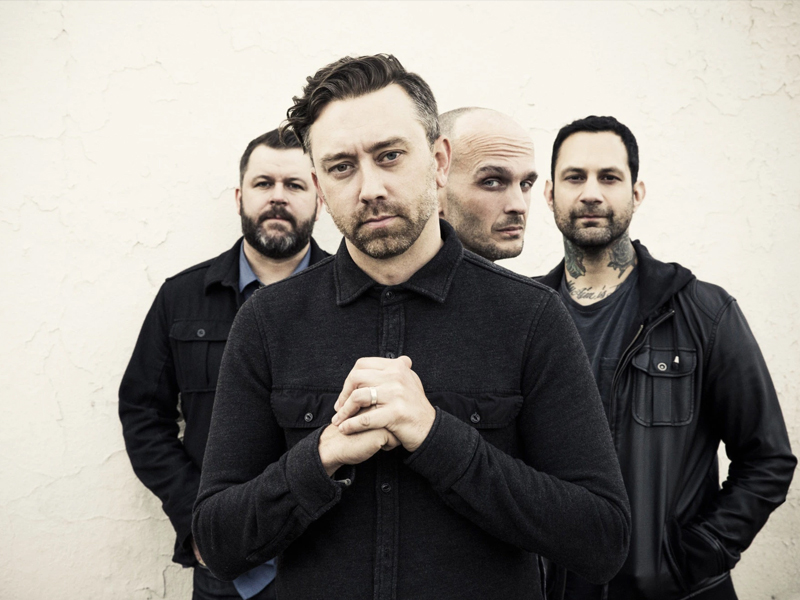 Rise Against’s career has spanned for more than two decades. The punk band had always been a significant influence on the industry. Their brand consists of melodic hooks and catchy riffs, with lyrics revolving around social commentary on politics, war, and the environment. The band started to gain popularity upon releasing their third album, Siren Song of the Counter Culture, in 2004. The album contained more radio-friendly tracks, such as “Swing Life Away,” “Give It All,” and “Life Less Frightening.” The album peaked at number 1 on the US Billboard Heatseekers Albums chart and was certified platinum in Canada and gold in Australia, Germany, and the U.S.

The band’s fourth album, The Sufferer & the Witness, released in 2006, gained even more recognition and sales. The record peaked at number 10 on the US Billboard 200 chart and was certified platinum in the U.S. and Canada and gold in Germany and Australia. Rise Against would release succeeding albums every three years and received raving reviews from critics. By 2021, the band dropped their ninth studio album, Nowhere Generation. The album peaked at number 2 in the UK Rock & Metal Albums chart and number 4 US Top Rock Albums chart.

Joining Rise Against in this tour are The Used and Senses Fail. The Used enjoyed monster success with their self-titled debut album. The singles “Blue and Yellow,” “Taste of Ink,” and “Buried Myself Alive, performed well in the charts. The band’s debut album was certified platinum in the U.S. and gold in Australia and Canada. Meanwhile, post-hardcore band Senses Fail has recently announced the release of their eight-studio album, Hell is In Your Head. Co-produced by Saosin guitarist Beau Burchell, the album explores the concept of death with 11 dark, brooding tracks.

See these incredible punk and hardcore bands perform live at the Forum on Tuesday, 19th July 2022. Tickets are now available!