The most controversial rap duo is back on tour, and the boys are taking over the Kia Forum on Thursday, 29th September 2022! After selling over 500,000 tickets from their 2021 tour, the shock rap icons are traversing the U.S. again to promote their latest album, Sing Me a Lullaby My Sweet Temptation. Suicideboys are set to deliver the most epic, high-energy performance packed with hits and crowd-pleasers for their show at the Kia Forum. The boys will also have their friends Ski Mas The Slump God, $not, Maxo Kream, DJ Scheme, and Code Orange hype up the fans before their set! So hurry and grab your tickets now! 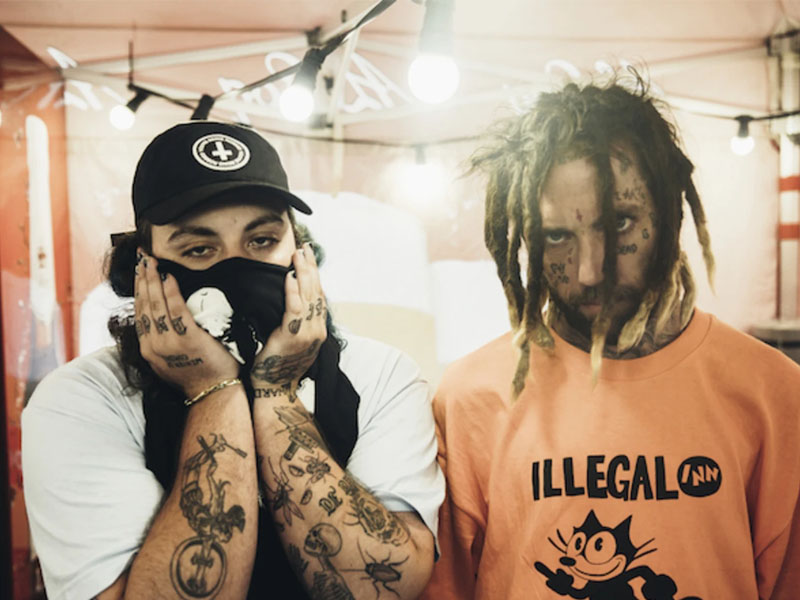 No one ever expected that an eccentric music act like Suicideboys could redefine what it means to be hip-hop. Their punk-rap fusion paired with dark-themed lyrics and outrageous visuals have raised eyebrows from traditional hip-hop fans, but that didn’t stop Suicideboys from developing a massive cult following. Everything about them is unconventional, even with how they promote their music. While some artists would try to score a cool record deal with music labels, Suicideboys formed their own label, G*59, in 2013. Today, their independent record label has four other artists on its roster.

Early in their career, Suicideboys released their music through SoundCloud, a music streaming app often used by independent artists. Today, Sucideboys has amassed more than five billion streams on various streaming platforms. Their biggest hits like “…And to Those I Love, Thanks for Sticking Around,” “Kill Yourself III,” and “Paris” were noticeably absent from the Billboard Hot 100. Nevertheless, fans continue to stream and buy their music, earning them multiple gold and platinum certifications from the RIAA. With billions of streams, sold-out shows, and successful merchandise business, Suicideboys are on the rise and are taking over the music scene very soon.

Tickets to see Suicideboys light up the Kia Forum on Thursday 29th September 2022 are now available!