There's a whole heap of excitement brewing at The Forum, as preparations take place for one of the classic bands in music history. This coming Fall you can catch the legends that are – The Eagles LIVE in concert on Saturday 15th September 2018! This exciting show, will leave you speechless, as the band members create something oh so very special between them and the crowd, each and every date they perform at. So, don't delay – book now! Click the Buy Tickets button to get yours today. 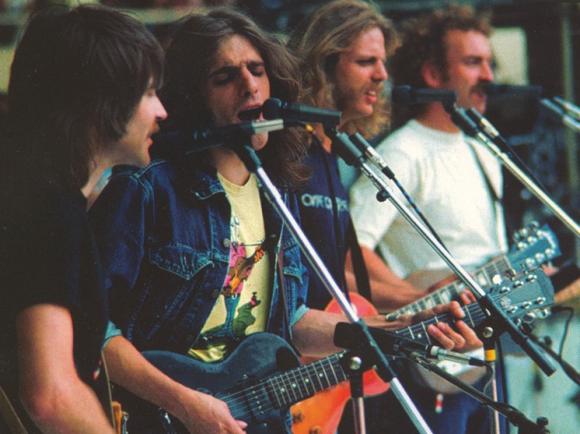 Where better to hear 'Hotel California' than in Cali itself LIVE at The Forum!!

The classic American rockers hailing from LA are none other than The Eagles! With their outstanding song writing abilities they took over the music scene during the 1970's and have become a household name ever since. With their talented members, we of course have; Glenn Frey (guitars, vocals), Don Henley (drums, vocals), Bernie Leadon (guitars, vocals) and Randy Meisner (bass guitar, vocals).

To this day they have taken over the charts too many times to count, but just a few of these triumphs have included five number one hits, six Grammy Awards, six number one hit records and five American music awards, all for their sheer musicianship and wonderful albums that so many of their fans still can't get enough of – decades later. One of their biggest tracks of course includes the out of this world, hugely popular, all around the globe – Hotel California. The song has not only been a major success for the group, ranking them among the 20 best selling albums in the US alone, but also it has become famous on it's own. How ever much you try to not sing along to it (but why would you) you cannot help it. Making it a popular karaoke number, a classic at any party and just a feel good track that you can listen to in all surroundings and it works so perfectly well.

As one of the greatest bands in history and one of the highest selling globally (with more than 150 million records sold) these guys rock the world! Some of their other greatest songs include the likes of; "Take It Easy", "Witchy Woman", and "Peaceful Easy Feeling". "Already Gone" and their first ever number one hit, "Best of My Love".

If you love The Eagles then whatever you do don't miss this incredible chance to catch them as they once again celebrate their career and bring their songs to the live stage. Tickets available to purchase online today!