This year, things are heating up at the Travis Scott! On this special occasion, the incredible Travis Scott will grace the stage, live on Thursday 20th December 2018! As one of the freshest names on the music scene right now, there's so much anticipation surrounding his 2018 dates and this is one for the collection. Believe the hype – Travis Scott is a must-see this Winter! Tickets are on sale now, have you got yours?! 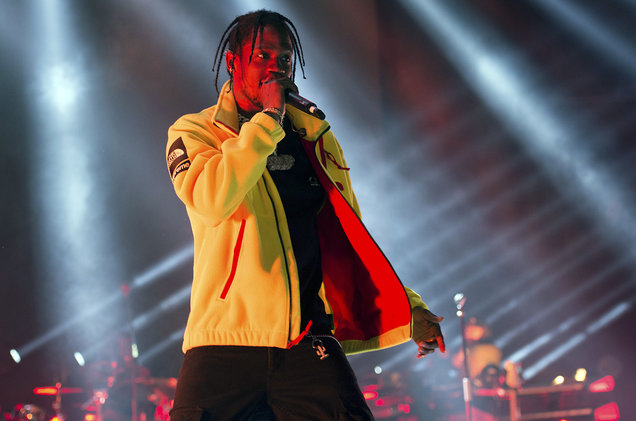 In just a few years on the scene, Travis Scott has transformed his career from the underground Hip Hop scene to a worldwide status!
The breakthrough artist was given so much praise by the likes of so many fellow acts, Kanye West included.. so when it was time for Scott's debut 'Rodeo' – smashed its way into the mainstream and hit number 3 in the charts. This incredible, rising star is now one of the freshest names out there, talked about so many, he has also proven that he can produce to the top of his game and has done for superstar artists such as Rhianna, on her track 'Bitch Better Have My Money."

"In the running for album of the year. It features some of the most interesting characters in hip-hop, including Future, Young Thug, 2 Chainz, Chief Keef, Kanye, Juicy J, and Schoolboy Q. TI kicks off the album with a bizarre, celestial-themed introduction, and he co-executive produces the album, along with others including legendary beatsmith Mike Dean!"

Travis Scott is definitely one to keep your eye on as there's no doubt in mind he's going to continue to take over the charts with his groundbreaking releases! This year is an exiting one for the artist as he steps out on tour and has released the dates he will be embarking on. His show at The Forum will blow the crowd away and you can be a part of it!

Travis Scott has something that cannot be missed! With his hard hitting lyrical flow he has been taking over stages all over the globe! As he takes to the road this coming Fall/Winter to perform to his North American fan base – here's your time to catch him LIVE!

If you're a fan of his music, or if you're just a music lover in general – grab the chance to be a part of the crowd at The Forum… Travis is more than ready to blow your mind on the night of December 20th, 2018!