With great talent, comes a great concert that every hip-hop enthusiast has been waiting for. Make way for Travis Scott! With his mega-hit ditties and superstar collaborations to boot, Travis Scott is riding on a rocket ship to destination superstardom. In support of his latest album "Astroworld", Scott is currently on tour and en route to hit The Forum on Friday 8th February 2019. This concert is geared to be a full house. So before the 'sold out' sign goes up, make sure to book your tickets in advance. Don't miss this spectacular show. Get your tickets now! 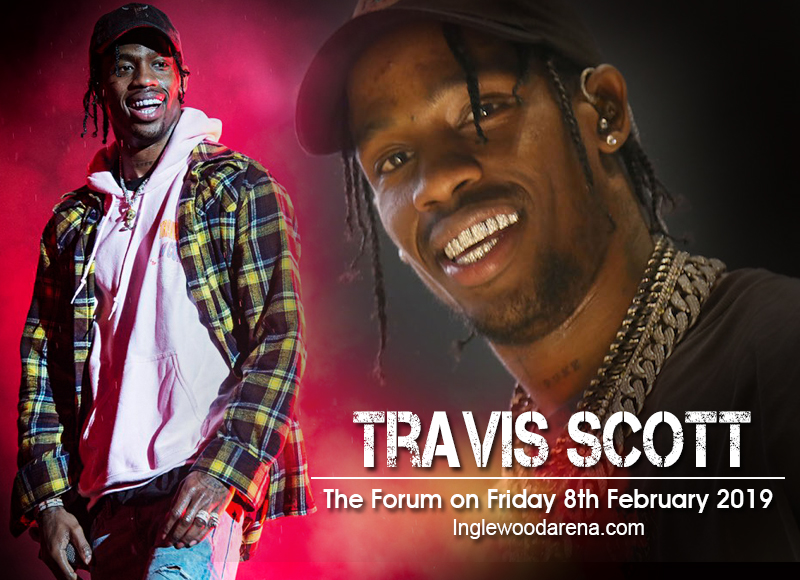 Writing and producing beats at 16. Signed to a major hip-hop label and released his debut album at 17. His resume now reads – collaborations with Kanye West, The Weekend, Justin Bieber and T.I.; and touring with Rihanna. Travis Scott is indeed living the dream. Even before he hit the legal drinking age, Scott started creating a buzz among the online hip-hop community with his dynamic lyrics and intoxicating beats. He formed a duo with his friend Chris Holloway named themselvesThe Graduates. Dropping out of college and moving to L.A. proved to be a fruitful decision that led to rapper T.I's discovery of his track “Lights (Love Sick)”. After meeting up, both T.I and Scottfreestyled over the track “Animal”. It started to get the ball rolling, leading to a team up with artists like Wale, Big Sean, Chris Brown, and Birdman. In 2015, Scott released his debut album, "Rodeo," which peaked at No. 3 on the Billboard 200, which featured the chart-toppers "Upper Echelon," "3500," "Antidote," "Mamacita" and "Don't Play." More recently, Scott released "Astroworld", Scott’s third album which debuted at number 1 in the Billboard 200 in August 2018, then reclaimed its top spot again as soon as the tour ensued.

Make sure to catch this dynamic performer and experience what it really means for someone to bring the house down with sheer energy and loads of talent. Catch Travis Scott while you can!