The countdown has now begun until Saturday 10th November 2018 as Twenty One Pilots will be coming live for one night only at The Forum! Epic pop, hiphop, rap, punk, emo – are just some of the sounds this duo creates! With their incredible intense record releases over the last couple of years, these guys perform a show that is more than perfect for the soundscape, Twenty One Pilots are truly making a name for themselves on the music scene! Have you got your tickets?! 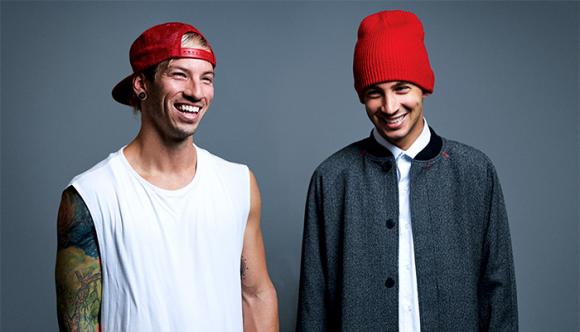 The groundbreaking, eye-catching, attention grabbing Twenty One Pilots are of course a duo originating from Columbus, Ohio. With their non stop touring since the beginning of their career in 2009, these guys Joseph and drummer Josh Dun, stepped up their game during the 2010 – 2011 phase and began to climb towards a more mainstream successful group from the underground scene. With a sign to Vessel in 2013, they were able to release albums that pushed through and built their dedicated fan base that is so clear today.

Blurryface, released in 2015 showcased tracks such as; "Stressed Out" and "Ride". As well as their single "Heathens", which was featured in the film Suicide Squad, this move gained even more hype around them, winning them a Grammy Award and becoming the first alternative group to have two top ten singles in the US charts!

"It's kind of, ukulele screamo rap-pop with, like, some piano and reggae beats,” I try to explain to a very perplexed friend when I tell them I intend to queue from 6am in the middle of November to see a band. But of course, Twenty One Pilots is so much more than that: it is a way of life.

After waiting in the freezing cold wondering if I'll ever feel my toes again, I am rewarded with a place near the front of the band's 10,000 capacity sold-out show. Twenty One Pilots prove why they were the winners of MTV Europe's Best Live Act award the previous week."

Come and see what everybody is raving about – here's your chance as Twenty One Pilots take to the road and stop off at The Forum this November!