The astonishing wave of Korean pop or K-Pop groups now has the world at its feet. One of the trendiest K-pop girl groups to date is TWICE. This nine-member girl group (yes, they're nine indeed!) has gotten k-razed fans in a state of frenzy as they announced that they're coming over to these shores and will be hitting the stage of The Forum on Wednesday 17th July 2019. That's high-level alert demand for tickets! Don't think twice, go and book your tickets now! 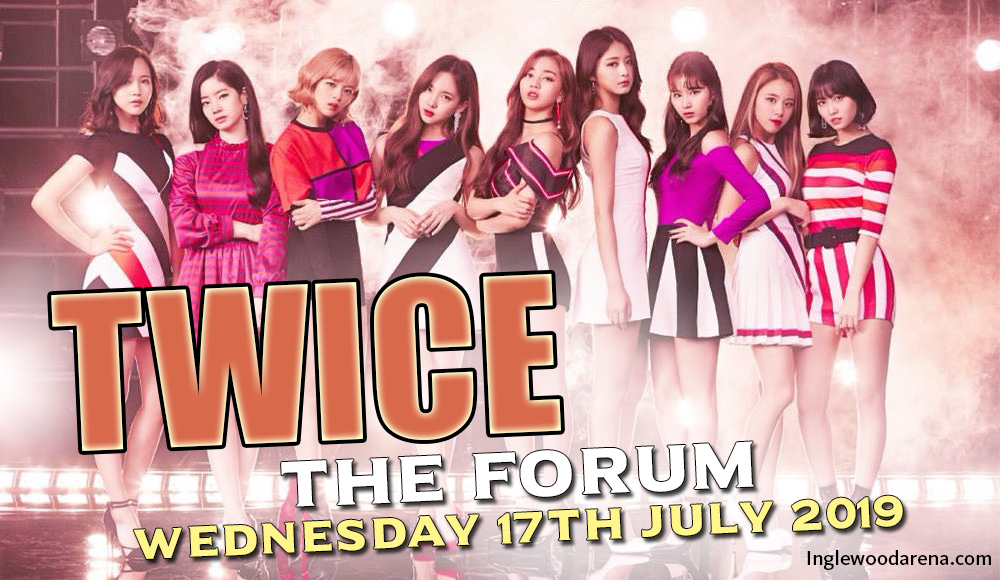 Similiar to most pop-starts these days, the road to fame taken by Korean 'K-pop' group TWICE was through a reality TV talent search "Sixteen", aired in Korea. From an original seven-member group, they were two additional members, making TWICE a nonet. The current roster now includes: Nayeon, Jeongyeon, Momo, Sana, Jihyo, Mina, Dahyun, Chaeyoung, and Tzuyu.

The release of their 2016 single "Cheer Up", the band achieved chart success and industry recognition. The song charted at number 1 on the Gaon Digital Chart and became the best-performing single of the year. It also won "Song of the Year" at two major music awards shows—Melon Music Awards and Mnet Asian Music Awards. From there, they were on a roll, initially swept through Japan. Their first compilation album titled #Twice, debuted at number 2 on the Oricon Albums Chart, selling 136,157 copies in a mere seven days after its release. It is now the highest first week album sales of a K-pop artist in Japan in over two years. From Japan, next-up — the world! And true enough, TWICE's latest album "Fancy", grabbed the top spot at iTunes' album charts in 25 regions overseas including Singapore, Thailand, Greece, Germany, Brazil, and Mexico. Within twenty-four hours, the “FANCY” music video garnered 40 million views, which toppled record-holder video “YES or YES” —oh yes, they beat their own record!

Now, a world tour is definitely in order! Fancy that? Get your tickets now!