Arcade Fire: The “WE” Tour with Beck Tickets

Arcade Fire are coming to burn the house down! They bring along special guests, Beck, who will be playing an acoustic set, at The Kia Forum on Wednesday, November 16th 2022. Grab your friends, grab some tickets, and let's get this fire started! It’s been a long wait, but it is finally over, Arcade Fire’s dance-rock indie album, WE, is out! And just like every single one of their previous albums, it’s a hit, and you have to hear it live! 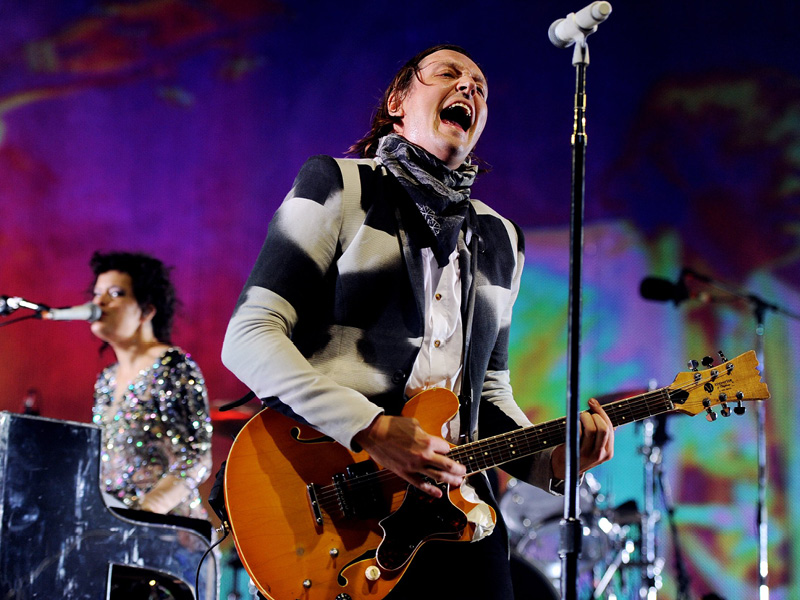 After waiting 5 long years, Arcade fire released their latest and sixth studio album, WE, in May 2022. The album absolutely torched the charts, coming in at number 6 on the Billboard 200, number 1 on both the Top Alternative Albums, and Top Rock Albums charts as well as number 1 in the UK, Scotland, Portugal and the Netherlands. Thus becoming the band's fourth number 1 charting album, and fifth Top Ten charting album. Sadly, the album also marks the departure of long-time member Win Butler. On Twitter, Butler wrote: “Hi friends- I’ve left Arcade Fire. I left at the end of last year after the new record was complete. There was no acute reason beyond that I’ve changed- and the band has changed – over the last almost 20 years. Time for new things.”

Arcade fire come from Canada and are husband and wife Win Butler and Régine Chassagne, alongside Richard Reed Parry, Tim Kingsbury and Jeremy Gara. The band's current touring line-up also includes former core member Sarah Neufeld and multi-instrumentalists Paul Beaubrun, Dan Boeckner and Eric Heigle. Each of the band's studio albums features contributions from composer and violinist Owen Pallett. The indie-dance-rock band won the 2008 Meteor Music Award for Best International Album and the 2008 Juno Award for Alternative Album of the Year, for their second studio album, Neon Bible. In 2011, they won the Grammy Award for Album of the Year, the Juno Award for Album of the Year and the Brit Award for Best International Album for their third studio album, The Suburbs. All five of the band's previous albums have been nominated for Grammy Awards.