Get your ‘Dancing Shoes’ and be ready to rock out to the Arctic Monkeys live on stage at The Kia Forum, Inglewood, California on Friday, September 29th 2023. All the real fans know, the four-piece band really knows how to put on a show. With a library of hits in their arsenal, a stage manner like no other, a sound that is just so pleasing and some pretty sharp lyrics, The Arctic Monkeys’ show will be a delight to go to, after all they have been heralded as one of the most exciting bands of this generation. Buy some tickets now! 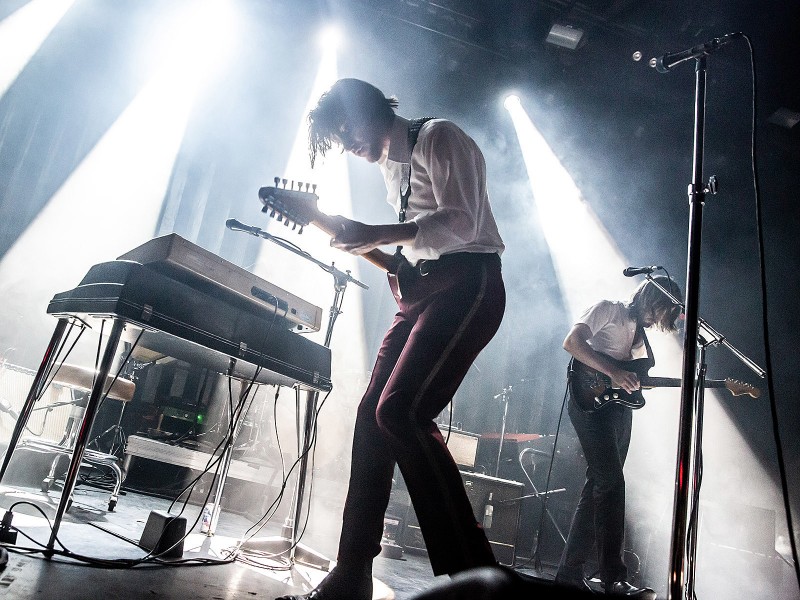 The Arctic Monkeys are a four-piece band that formed in 2002 in a post-industrial town called Sheffield. The super talented individuals that make up the band are; Alex Turner on lead vocals and guitar, Jamie Cook on guitar and keyboard, Nick O’Malley on bass guitar and backing vocals and Matt Helders on drums and backing vocals. Together they create upbeat melodies with smart yet funny lyrics that are a joy to listen to. That’s why the fans keep on coming back for more and more.

The band was one of the first to become Internet Famous, with adoring fans posting their works on their social media pages at a time when this was still a novel thing to do. This made the band pioneers in the industry by changing up the game, and they just keep delivering every single time.

With crowd rousing beats and melodies from guitars, keys, drums and smart vocals, the boys are sure to entertain. This one is going to be a banger, so don’t miss out on a show that is going to be magical in every single way any adoring fan can think of. Go and get those tickets right now.