If Pantone has declared its color of the year for 2019, music fans have declared its own color craze that has turned the color wheel into a pop music craze. Get ready for a trending splash of BLACKPINK! This all-girl K-Pop (Korean pop) group has unleashed its power-pop grooves and is set to embark on a world tour, and yes, it includes a North American leg! And another yes, the gals will be there "In Your Area" (the title of Blackpinks's world tour), hitting the center stage of The Forum on Wednesday 17th April 2019. Don't underestimate the volume and intensity of North American fans flocking to a K-pop concert. Fans come in troves and are on a frenzied state to get their hands on tickets to the show. Get your tickets now before it's too late. 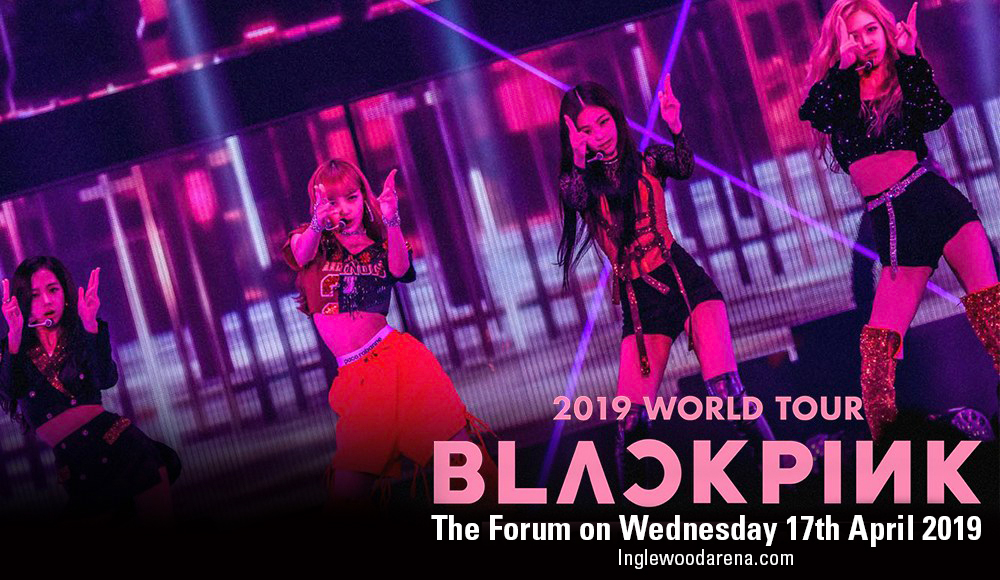 Jennie, Lisa, Rose, Jisoo are the gals that make-up the girl power, K-pop group Blankpink. The group officially debuted in August of 2016, after years and years of rigorous music training. They're multi-lingual, multi-national, and multi-talented. Rose and Jennie originally come from New Zealand, Jisoo resides in Korea, and Lisa hails from Thailand. Rose is a charming singer. Lisa's the resident rapper. Jennie's got that vocal swag, while Jisoo is the versatile talent.

The quartet made waves with breakout singles “Whistle” and “Boombayah,” in 2016. This paved the way for a big splash that not only hit Asia but also impacted in international shores when their single “Ddu-Du Ddu-Du” peaked at No. 55 on the Billboard Hot 100, and the album "Square Up" climbed up the Billboard 200 charts reaching the No. 40 position. Their collaboration “Kiss and Make Up” with Dua Lipa also charted on the Hot 100 last year, peaking at No. 93.

Don't miss this hot ticket while they're here in America. It's a chance of a lifetime to wear the now trendy, colorful, and dynamic style of Blackpink!