Demi Lovato is BACK on the stage and this time she hits the road with a special guest! Her & DJ Khaled will be performing LIVE at The Forum on Friday 2nd March 2018.. as one of the biggest talents right now on the Pop music scene, Demi is smashing the charts and bringing all of her energy and charisma to venues this coming Spring! If you love her and her catchy songs then be sure to book your tickets today! 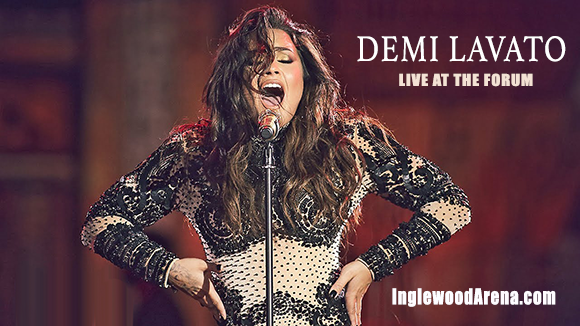 The American singer songwriter is hitting the road once again! Demi Lovato rose to fame back in the mid 2000's with her appearance on the Disney Channel in Camp Rock and other debuts. With her music being her main thing, she released the track "This Is Me" which made it to the top 10 in the Billboard charts! Making way for her debut album 'Don't Forget' which would be later released in 2008. As the record received plenty of high praise, Lovato was able to create another and so the following year sent out into the world "Here We Go Again" – this one of course shot to the top and hit number 1 position on the Billboard 200 chart!

These triumphs have paved the way for her to continue to be at the top of her game and smash the mainstream charts, songs such as "Give Your Break a Heart" won her triple platinum status. Next Demi took to the screen again on the hit TV show, Glee and combined her love for acting and singing together. And in 2015 she was ready to release more music, Confident rocketed to number 2 and gained a Grammy Award for Best Vocal Album, Tell Me You Love Me hit number 6 and included the huge anthem, "Sorry Not Sorry."

Come and catch Demi Lovato LIVE this coming spring at a venue near you!!