Drake & Migos are coming to The Forum on Saturday 20th October 2018 as part of a four-night extended run that sees the two chart-topping acts going back-to-back for an incredible co-headlining concert! The show, which is part of their Aubrey and the Three Amigos Tour, will feature brand new material from both acts' recently released albums: Drake's Scorpion (2018) and Migos' Culture II (2017)! Catch these two titans of modern hip hop live at The Forum – tickets on sale now! 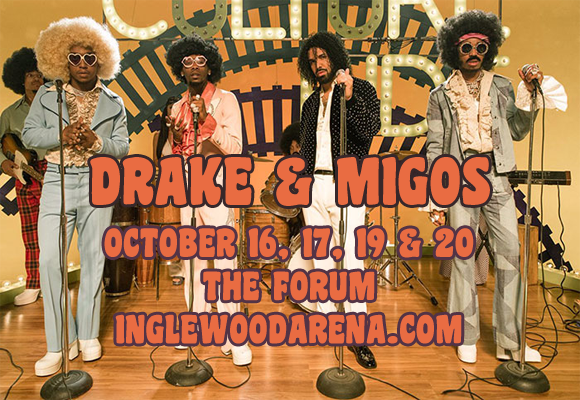