You could never go wrong in getting tickets to a concert tour entitled ‘Diosa de la Noche’ or 'Goddess of the Night'. And truth be told, this double billing show features the indisputable queen of Spanish-language music, Gloria Trevi and Colombian pop phenomenon Karol G. Together they will fire-up the stage of The Forum on Saturday 9th November 2019. Expect a double-demand for tickets as fans from both sides will surely seize this sizzling opportunity. No time to waste hurry and book those tickets now! 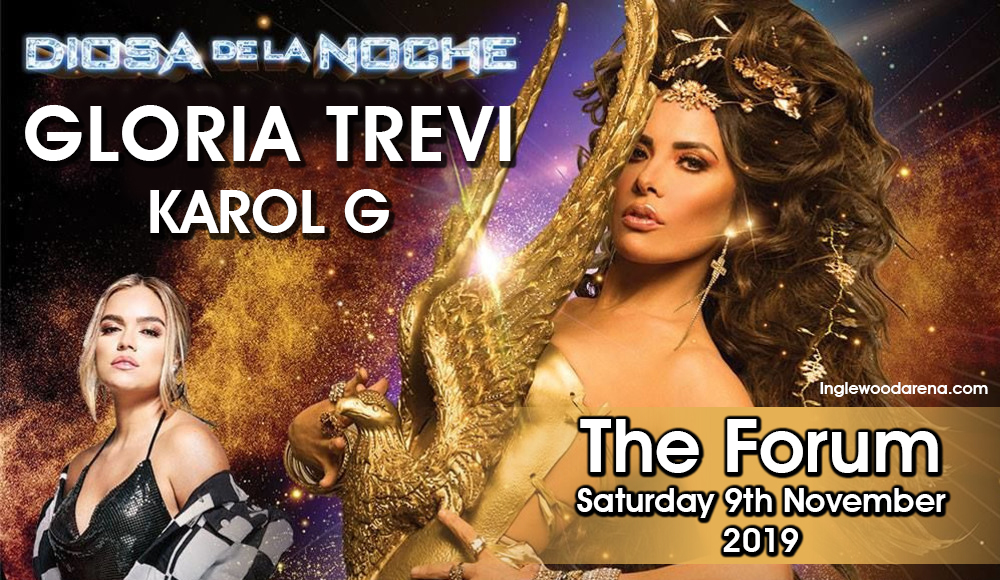 If you're wondering why temperatures are rising these days? Well, blame it on not one, but two fiery Latin pop artists coming this way. Gloria Trevi & Karol G have announced a double-headliner concert tour.

Gloria Trevi has a stellar career as Mexican singer-songwriter, dancer, actress, television hostess, music video director and businesswoman. High profile magazines such as Billboard and Pollstar have ranked her high on the list as one of the best-selling Mexican female artists in the industry for three consecutive years, with concert box office sales of more than a million tickets sold. Karol G may be new to the fold, but this Colombian reggaeton singer and songwriter has been on the top ten of Billboard's Hot Latin Songs chart, and has bagged a Latin Grammy Award.

Gloria Trevi may have held on to her throne longer, yet she welcomes the company of an equally fierce artist. “A goddess is authentic, goes after her dream and ignites those of others. With that in mind, Karol G, welcome to the ‘Diosa de la Noche’ tour. You are divine.” In return, Karol G throws back with a positive vibe by saying: 'Life is short, but the night is long, let's have fun!

And on that note, don't miss out on the fun and party vibe. Get your tickets now!