Ethereal electropop babe Halsey is heading to The Forum on Friday 3rd November 2017 as part of an 8 week tour supporting her brand new album, Hopeless Fountain Kingdom! Joining Halsey on her stint across North America will be Canadian rapper PartyNextDoor and British alt-pop queen Charli XCX! It's gonna be one hell of a night! 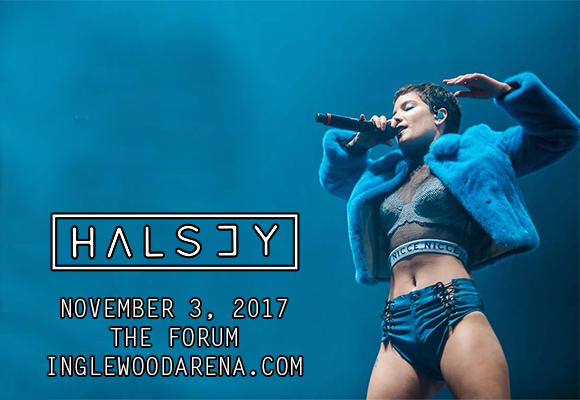 American singer and songwriter Halsey signed her first recording contract with Astralwerks in 2014, releasing the EP Room 93 in October of that year. After a 2015 performance at South by Southwest Festival that caused a storm on social media and a slot supporting Imagine Dragons on the north American leg of their Smoke + Mirrors Tour, Halsey began to gain public attention. Her debut studio album, Badlands, was released in August 2015, and saw her performing on The Late Show with Stephen Colbert and Last Call with Carson Daly. In July 2016, she was featured on The Chainsmokers' single "Closer", which reached number one on the US Billboard Hot 100. Halsey's second studio album, Hopeless Fountain Kingdom, is slated for a 2017 release.