I Am The Highway - A Tribute To Chris Cornell Tickets

Have a need for speed? Buckle-up! I Am The Highway – A Tribute To Chris Cornell concert will come cruising down to this side of town and give rock music fans a helluva ride in this timely tribute concert. Get your ticket to ride as this sonic trip is scheduled on Wednesday, 16th January 2019 at The Forum. Commanding the stage are members of Cornell’s former bands, Soundgarden, Audioslave, and Temple of the Dog, as well as Foo Fighters, Metallica, Ryan Adams, and other special guests, with Jimmy Kimmel as host. Tickets sales are speeding up by the minute. Every second count. Walk, run, or better yet, drive at full speed to get your tickets now!019 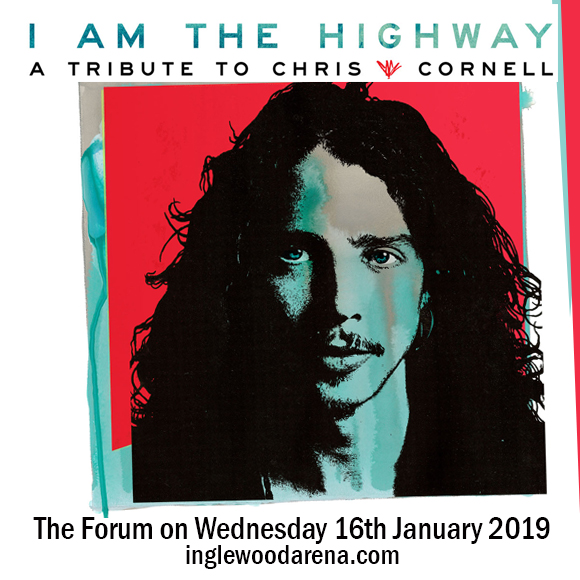 Chris Cornell rose to be an enigmatic and charismatic figurehead of the grunge era with his band Soundgarden and Audioslave. Touted as one of the greatest rock vocalists of all time, Cornell made an indelible imprint in rock music history. Yet, he was gone too soon. Legions of fans have mourned, but his great music legacy ought to be celebrated. Hence, friends, family, fans, and other rock living legends which include The Foo Fighters, Metallica, Ryan Adams, and many more, will honor his astonishing contribution through a concert dubbed as "I Am The Highway: A Tribute to Chris Cornell".

“We are honored to have all these amazing artists and friends come together to pay tribute to and show their love and appreciation for Chris, his music and the mark he’s left on the world. We look forward to sharing this night with all the fans,” stated by Cornell's wife, Vicky.

Cornell is best known for his stints as lead vocalist of the band Soundgarden, then, later on, he founded another band called Audioslave. He also was the frontman and founder of a one-off tribute band called Temple of the Dog. To date Cornell's recorded music sales amount to14.8 million albums, 8.8 million digital songs, and 300 million on-demand audio streams in the U.S. alone; and sales of over 30 million records worldwide. He has two Grammy wins and 15 nominations.

Don't miss the ride! Tickets to I Am The Highway – A Tribute To Chris Cornell is on full speed ahead. Catch it while you can!